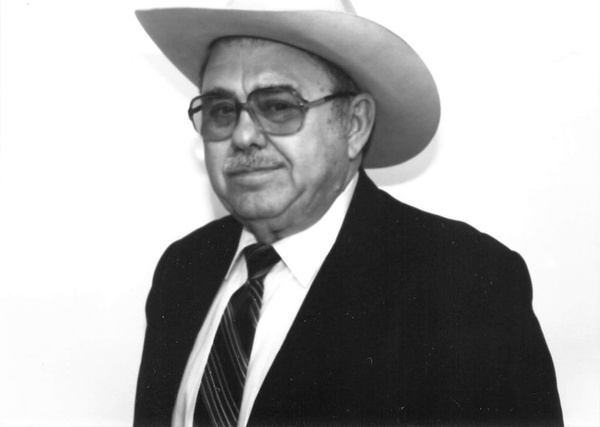 A private family Mass of Christian Burial will be held at 10:30 AM on Tuesday, November 3, 2020 at Christ the King Catholic Church, Mandan, ND with Rev. Fred Harvey as celebrant. Burial will be at Mandan Union Cemetery

A live stream of the visitation and Mass will be available on the Weigel Funeral Home website.

The family requests that all who attend the visitation and/or Mass wear a mask and follow all social distancing guidelines.

Henry “Hank” was born on October 12, 1929 to Ralph and Anna (Schmidt) Gustin in Bismarck, ND. Henry was the oldest of five children born to Ralph and Anna and was the first grandchild of his Gustin grandparents. He attended school in St Anthony, ND and completed the eighth grade. He shared many stories about attending a Catholic boarding school he referred to as “Sister School.” He recalled being thrilled to receive an occasional candy bar from the priest for serving as an altar boy at his church. He was a great storyteller and shared many memories of the hard work required when living at home on the family’s farmstead south of Mandan. He left the farm as a young man to begin working both at Kist Livestock Auction and driving cab for the Mandan Cab Company. He eventually became the clerk for Kist’s and worked there from 1949-84. He later purchased the cab company he worked for and added Mandan to the Greyhound bus line’s schedule for both passengers and freight and a stop for a local bus then referred to as the “Hettinger Bus.” In addition, he created a local delivery service and his own auction clerking service. He was a Morton County Commissioner for over 15 years. He proudly served the residents of Morton County and took great pride in the work he and his fellow commissioners did for Morton County. In his retirement years, he just couldn’t get those cattle out of his blood, so he became a registered and bonded cattle buyer.

Henry met his wife, Elaine Baier (Murschel) in Mandan and they married on September 4, 1965. In addition to Elaine’s three children they later had a daughter. Elaine played a key role in the success of their businesses. When not working together, they enjoyed traveling together. Henry was a lifelong Minnesota Vikings fan and enjoyed following the NBA. He enjoyed playing cards with friends and was a longtime member of the Mandan Moose Lodge, Elks, KC’s and Eagles clubs. Henry was an avid fan of Professional Bull Riding and was very proud of his favorite stock contractor, and good friend, Chad Berger.

The family is forever grateful to the staff of Edgewood Mandan and Caring Edge Hospice for the loving care they provided to him when he needed them the most.

In lieu of flowers, the family would prefer memorials to the ND Alzheimer’s Association or your favorite charity.

To order memorial trees or send flowers to the family in memory of Henry Gustin, please visit our flower store.