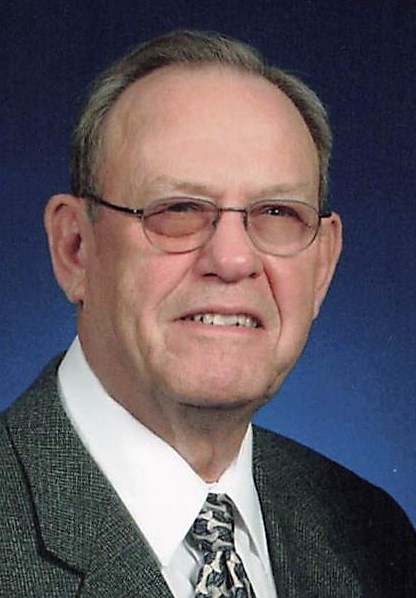 Mass of Christian Burial will be held at 9:30 AM on Friday, January 7, 2022, at St. Joseph Catholic Church, Mandan, with Rev. Josh Waltz as celebrant. Burial will be at the North Dakota Veterans Cemetery.

Visitation will be held from 5-7 PM on Thursday, January 6, 2022, at St. Joseph Catholic Church, Mandan, with a Rosary/Parish Vigil at 7 PM.

Harold was born January 29, 1931, in Haymarsh, North Dakota to Henry and Philomena “Minnie” (Tavis) Morman.  On June 28, 1954, he married Bernice Keller in Beulah, ND.  They immediately moved to Mandan where they made their home, raised their family, and lived until their passing’s.

In 1951, Harold was drafted into the US Army and trained as a radio operator, serving his country during the Korean Conflict.  He achieved the rank of Staff Sergeant at his discharge from the 7th Infantry Division in 1953.

Following his discharge from the Army, Harold returned to working for Montana Dakota Utilities Company in Beulah.  When the Heskett Station was built in Mandan, he was the first employee hired.  Harold worked at the Heskett Station as Operations Superintendent, and at retirement had worked 43 years for MDU.

Harold spent his retirement caring for his beloved grandchildren.  Most days the grandkids could be found out in the shop with Grandpa, tinkering on some project.  When thanked for his chauffer and babysitting services, Grandpa Harold would quip that all he did was ‘supervise’.

To order memorial trees or send flowers to the family in memory of Harold Morman, please visit our flower store.
Open