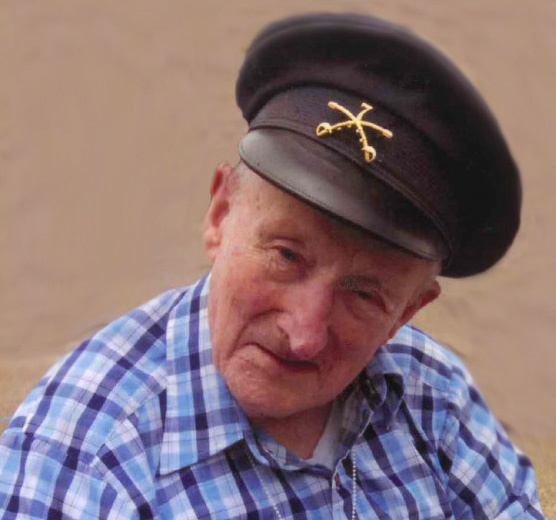 One of the most interesting guys in Mandan left this earth on November 9, 2017.  Harold Brady was born to Albert and Eleanor Brady on July 27, 1919 in Minnesota.  Shortly after his birth the family moved to North Dakota for employment with the railroad.  Harold worked with his father on the railroad before striking out on his own to start Brady’s Used Auto Parts which he operated with his best friend and son, Mike Brady.  Harold married Pauline Helbing in 1940.  They had two children, Dorothy (Mike) Rudick, Yakima, WA and Terry (Kathleen) Brady, Auburn WA.  Harold and his second wife, Emma had two children, Mike (Gwen) Brady and Pat (Marvin) Hager.  Harold was well known for his curiosity about the world which endured until the end of his life.  He was the founding member of the Central Dakota Gem and Mineral Society and was instrumental in getting teredo wood established as the ND state fossil.  He also worked furnishing part of the Custer home at Ft. Lincoln State Park and furnishing the Yegan Store at Buckstop Junction.  In addition to history, Harold had a lifelong interest in rock collecting and was an amateur geologist.  Later in life he took an interest in Mayan culture and collected many artifacts.  In his final days Harold lived at Prospera Sunset and was lovingly cared for by the staff there and the staff of Sanford Hospice along with his devoted family.  His was a life truly well lived.  A memorial service will be held on Tuesday, November 14 at 1:00 pm at Sunset Prospera at 1101 Boundary Ave, Mandan, ND.  Friends may call one hour before services at Sunset Prospera.

To order memorial trees or send flowers to the family in memory of Harold Brady, please visit our flower store.