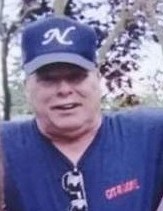 Gregory Don Westmiller passed away on September 29, 2017 at 11:54pm in Bismarck, North Dakota. He was born on March 30, 1950 in Bismarck at Saint Alexis Hospital to Donald and Doris Westmiller. He was the oldest of three children.

He served his country by fighting in Vietnam in 1972. He was an active lifetime member of Skyway Post 9430 of the VFW in Seattle, Washington.

He is survived by his Mother, Doris Hopkins of Tucson, Arizona; Wife, Marie Westmiller; three children, Tiffany Tarantino and Adrienne Westmiller of Seattle, Washington, and Tony Westmiller. He also has left behind a grandson Tristian Tarantino and Several cousins.

Gregory was preceded in death by his father, Donald F.; and his two brothers, David L, and Timothy J.

To order memorial trees or send flowers to the family in memory of Gregory Westmiller, please visit our flower store.