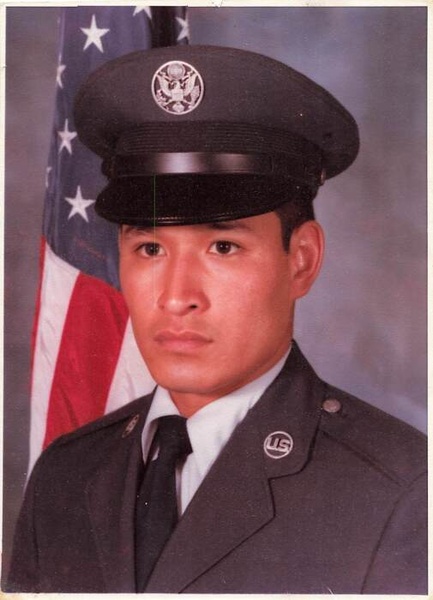 A Funeral Service for Gerald Greybear will be held at 9:00 AM on Friday, May 28th, 2021, at Weigel Funeral Home, Mandan, ND with Dennis Sailer as celebrant. Burial will be at the North Dakota Veterans Cemetery.

Honorable Gerald Greybear, 65, of Bismarck, lost his battle with cancer and departed this life Thursday, May 20, 2021, at home surrounded by his loved ones. Gerry was born on May 8, 1956, in Minneapolis, MN. He is the son of William Daniel Greybear and Mildred Mae (Chapman) Greybear. Growing up he was extremely protective, close, and loved his little brother, Delano “Bull”. Gerry graduated in 1974 from Fort Yates High School, he was part of the “Miracle” 1973 Standing Rock Warriors Basketball Team. His senior year he was the State Champion Bull Rider and was a very accomplished athlete. Gerry was good at just about anything he tried.

Following High School, he served in the U.S. Air Force and traveled around the world stationed in many amazing places with great life experiences he talked about often. In the military he trained canines and had two he grew very fond of Duke and Zar. After six years of service, he was honorably discharged and went on to attend the University of Mary in Bismarck, North Dakota where he received his Bachelor of Science in Business Administration, he then went on to get his Master’s in Environmental Science. He had various careers in his lifetime, working for the Standing Rock Sioux Tribe water resources, he was self-employed and loved taking on projects he wanted to do and not that he had to do.

Gerry was not afraid to speak his mind, if you were ever in a hurry and crossed paths with him, plan on staying awhile because he had a story to tell! His family and friends will remember him as a man of wisdom, someone you can count on, he was always there to lend a helping hand, very well liked with a unique sense of humor. He loved his children and grandchildren very much, there wasn’t a conversation that he had without bringing one of them up.

In his spare time, he very much enjoyed being outdoors seeing the wildlife, hunting, fishing, camping, gardening, working on cars and boats, being one with nature. Indoors, he loved to cook and enjoyed a hard-earned meal, a plate of walleye, steak, with a side of fresh grown veggies was his go to. He loved a good old western movie, reading, watching rodeo, catching up with his childhood friend/brother Gary Hepper and cousin Jerry Azure.

Gerry said towards the end “Best couple days I had in a long time with the boys, hunting and with Jerry driving along the river just seeing the wildlife and being outdoors where I am really at peace, and the fresh air is exciting, makes me feel like I was in my twenties again, I relish my younger life. I can understand now there is a birth, a life, and a death, get pleasure out of all of it, it’s not a time of sadness but a time to gather and celebrate little things that you remember.”

Gerald is survived by and leaves behind to remember him with all their hearts; his treasured children, Gena (Brian), Stephanie, Makayla, Jeremiah, and Taylor (Sara); his grandchildren, Madison, Keonte, Gavin, Carson, and Aarie; his sister, Janet Archambault; as well as numerous nieces, nephews, other relatives, and best friends.

To order memorial trees or send flowers to the family in memory of Gerald Greybear, please visit our flower store.