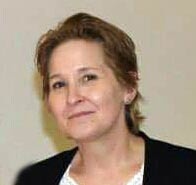 Services will be held at 10:00 am on Tuesday, April 25, 2017 at Weigel Funeral Home, Mandan, ND with Deacon Steve Brannon officiating.

Gail was born to Mary and Darrell Hurley on November 14, 1962 in Worthington, MN. She spent her younger days playing by the lake and attending elementary school in Round Lake. In her early teens she moved to South Sioux City, NE. She graduated from SSC high school and was active in cheerleading, drill team and many other school activities. After graduation she moved to North Dakota where she worked and met and married Keith Sailer. She attended BSC where she received her BA in Accounting and Business Administration. She later ran her own restaurant with her business partner. Gail later moved to Bismarck with her special friend, Mark Backer where she lived and worked. Gail enjoyed all children and helped raise 4 nephews and 1 niece. She loved her Weiner dogs and helping people. Gail's Memorial Folder'
To order memorial trees or send flowers to the family in memory of Gail Sailer, please visit our flower store.