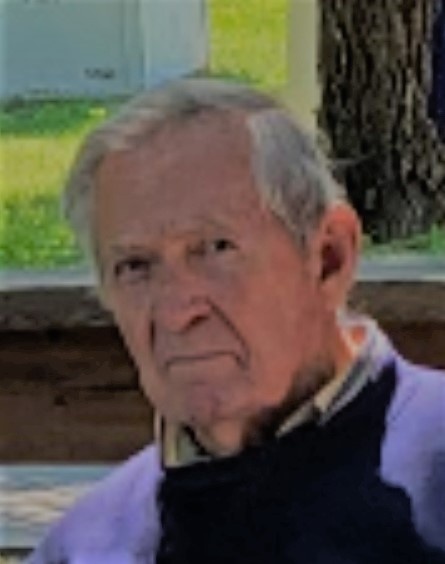 A memorial mass will be held at a later date at the St. Martin’s Catholic Church in Huff, ND along with a service at Nativity Catholic Church and burial in Charleston, SC.


Fred was born on June 4, 1932 to Pius and Margaret (Ereth) Usselman in Fort Rice, ND. He
was one of six children and grew up helping his father in the family store. He graduated from
Mandan High School in 1951 and enlisted in the US Navy.
Fred was stationed in Charleston, South Carolina during the Korean War where he met his
bride, Myrtle Johnson. Together, they resided in both Charleston, SC and Fort Rice, ND and
raised two daughters, Sharon and Debbie. After an honorable discharge from the US Navy,
having been awarded the National Defense Service Medal and Good Conduct Medal (First
Award), he worked and retired from Southern Bell Telephone Company after 30 years of
service. Fred and Myrtle were married for 63 years before Myrtle passed away in 2017.
Fred was the ultimate “Girl Dad” and “Pa.” He was always present, encouraging, and he was
our biggest fan. He was the one in the front row with his video camera, capturing important
events as well as everyday family moments, which he found just as special and extraordinary.
In addition to his family, he had many hobbies including hunting, fishing, and entertaining. He
was a people person—so humble, so kind, and he always made sure that everyone felt at
home. Fred also had a remarkable talent for fixing things and would make himself useful
wherever he was needed. After a hard days work, he enjoyed spending time with family and
friends and loved a home-cooked meal, especially Myrtle’s famous fried chicken. These are the
memories that we will forever cherish.
Fred was an active member of many organizations. He was a Lifetime Member of the Knights
of Columbus, the Elks Club, the James Island Yacht Club, and the Charleston Rifle Club. He
was also a member of the American Legion, VFW, and Telephone Pioneers. He was an active
parishioner of St. Martin’s Catholic Church in Huff, ND and Nativity Catholic Church in
Charleston, SC.
Fred is survived by his daughters, Sharon Usselman and Debbie Dodds (Johnnie); three
grandchildren, Ryanne Dodds, John Dodds (Chelsea), and Charlie Dodds; and one greatgranddaughter, Carter. He was preceded in death by his wife, Myrtle; parents, Margaret and
Pius Usselman; and siblings, Zita Chase, Flora Boisjolie, Bernard Usselman, Lorrece Werner,
and Yolanda Wood.

To order memorial trees or send flowers to the family in memory of Fred Usselman, please visit our flower store.