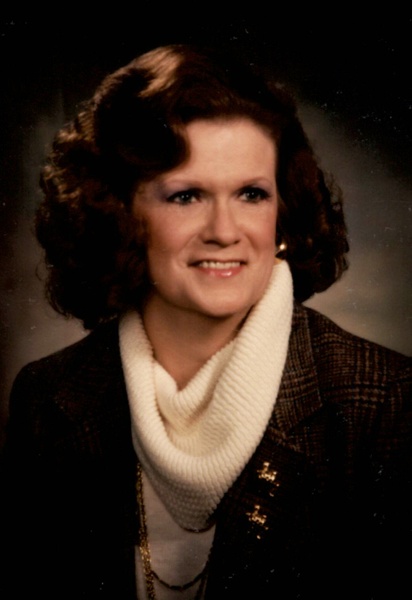 A Celebration of Life will be held at 3 PM on Friday, February 7, 2020 at the Mandan Eagles Club, Mandan, ND.

Fran was born on September 16, 1941 to Frank and Cleo (Iverson) Witkowski in Mandan, ND where she was raised and educated, graduating from Mandan High School in 1960. After graduation she moved to Minneapolis and attended Patricia Steven Modeling Agency where she modeled wedding dresses.

She moved back home with Scott and shortly after a classmate, John, contacted her for a date, and with the blessing of her mother they dated.  Later marrying John W. Ellison on July 18, 1964.  In 1966, they had their son, Lee.

Fran was a force of a strong-willed eastside girl from Mandan who was the daughter of a mechanic and a two-time past Madam President of the Mandan Eagles.

Fran worked as a bookkeeper until she injured her back and became disabled.  Her hobbies included cooking, collecting turtles, spoiling her animals, looking for good deals at thrift stores, and working on puzzle books.  She recently moved to Miller Pointe in Mandan.  She made a lot of friends there and received wonderful care.

She is preceded in death by her parents, husband, and special cousin, Avis Wiedrich.

In lieu of flowers memorials will be used for funeral expenses.

To order memorial trees or send flowers to the family in memory of Frances "Fran" Ellison, please visit our flower store.