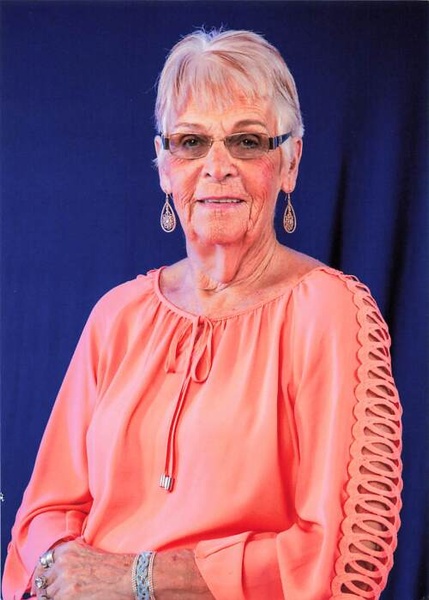 The daughter of Fred and Myrtle (Benefit) Petersen, Florence was born on March 3, 1935 in Spring Township, SD. She attended school in Doland, SD, where she met and married Gerard (Jerry) Sheldon on February 21, 1952 in Clark, SD. In 1955 they moved to Mandan.

Florence was a busy homemaker raising 6 children. Once the children were grown she worked as a department manager at Montgomery Wards until she became a Realtor with Century 21 Landmark Realty. She was one of the leading sales persons until she retired in 1990.

Florence and Jerry had a cabin at Lake Tschida for over 30 years. She loved to catch walleye and white bass. It was always a competition for the first, the biggest and the most fish. When the children and grandchildren camped nearby, she loved to make her famous caramel rolls that everyone loved. They were snowbirds in Arizona during the winter months. She continued to winter in Arizona after Jerry passed until becoming a full time resident in 2018. Florence organized many events to raise money for the Coral Sands activity club, including many bus trips to the casino which she truly enjoyed. Florence and Jerry enjoyed many social activities including square dancing, playing pinochle and hosting parties.

To order memorial trees or send flowers to the family in memory of Florence Sheldon, please visit our flower store.