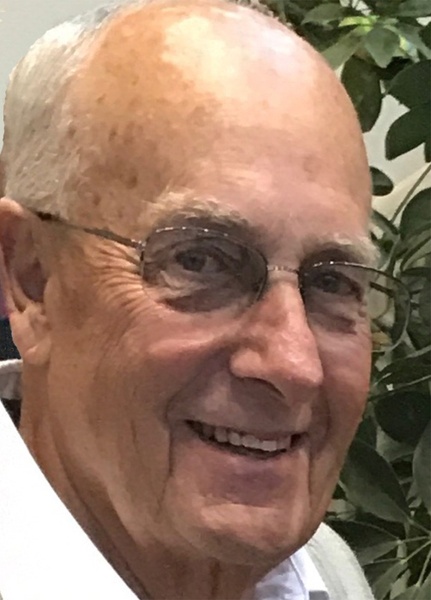 Ferdinand (Fred) Kraft, 73, of Bismarck, passed away January 4, 2018 at a Florida hospital from cardiac arrest.

Mass of Christian Burial will be held at 10 a.m. on Friday, January 12, 2018 at Church of Corpus Christi, Bismarck, ND with Rev. Paul Becker as celebrant. Burial will be at the ND Veterans Cemetery, Mandan, ND.

Visitation will be held Thursday, January 11, 2018 from 5:00-8:00 pm at Weigel Funeral Home, with a Rosary/Vigil at 7:00 pm. Visitation will continue at the church one hour prior to the service on Friday.

Fred was born June 5, 1944 in Minot, the son of Fred and Jenny (Merck) Kraft.  He was raised and educated in Karlsruhe, ND, where he graduated high school in 1961.  After high school he attended college at Minot State University where he was proud to play for their football team.  He graduated with his bachelor’s degree in Business Education in 1965.  He was one of the few with a lifetime teaching certificate and was very proud of that.  Upon graduation he was offered a teaching and coaching position at Mohall High School.  He taught and coached for the Yellow Jackets for three years until he was drafted to serve with the U.S. Army in Vietnam.   Fred proudly served his country from June 1968-January 1970.  Serving directly under General Abrams, Central Commander. Upon returning home from Vietnam, Fred taught and coached in Crosby, ND.  From Crosby he moved to Bismarck to work for the State Outdoor Recreation Department.  During his time in Bismarck a blind date was arranged by his brother and sister-in-law, which resulted in him meeting the love of his life, Della (Hauck-Duchscher).  Fred and Della married on November 5, 1971 in Minot, enjoying a loving marriage for 46 years.  The couple was blessed with 5 children; Sandy, Sheila, Angie, Ryan and Mark.

In 1976 Fred went into business for himself starting Fred’s furniture (later known as Eastdale Furniture) in Bismarck.  Fred owned and operated his furniture store until 1983.  From the furniture store he went to work for the Diocese of Bismarck until 1985 when he decided that being a business owner was his true calling.  All his life Fred has been known as a dreamer.  One of those dreams came to life as Northland Auction and Storage.  He retired from Northland Auction and Storage in January of 2011.

Fred was a Eucharistic minister for the homebound for 30 years.  He volunteered his time freely in youth formation classes with Church of Corpus Christi.  Fred had a love for all sports especially the Minnesota Twins and the New England Patriots.  He coached youth basketball and soccer, and rarely missed an event of his kids and grandkids were involved in. Fred was very athletic himself and was a tri-state champion power lifter.  Fred was an active golfer and was the lead fundraiser for Prairie West Golf Course. In fact, the main reason Fred purchased a home in The Villages, FL, was so that Fred could golf year round. He was an auctioneer and loved substitute teaching, he worked for Weigel Funeral Home and liked volunteering his time mowing at the ND Veterans Cemetery (Fred loved mowing). Charity was very important to Fred.  Donating to many charities – some of his favorites were the American Heart Association and the new St. Mary’s High School.  He was also proud to have served as President of Parish Council and ND Self Storage Association.

He is preceded in death by his parents, Fred and Jenny Kraft; his sisters, Anges Kraft, Victoria Krueger and Hedwiga Kraft; his brothers, Arnold Kraft, Boneventure Kraft, Claire Kraft and David Kraft.

In lieu of flowers, donations may be made to the Corpus Christi Food Pantry.

To order memorial trees or send flowers to the family in memory of Ferdinand (Fred) Kraft, please visit our flower store.