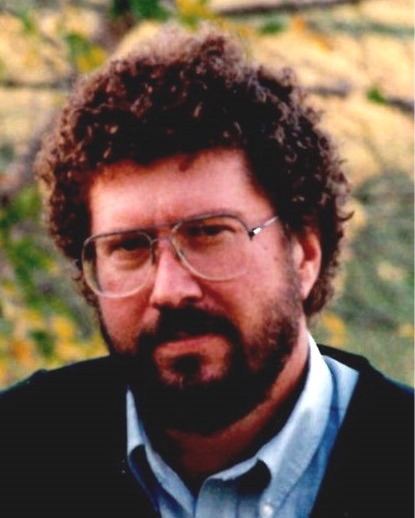 A Memorial Service will be held at 1 PM on Monday, November 21, 2022, at Weigel Funeral Home in Mandan. Visitation will be held one hour prior to the service.

Evan was born October 15, 1953, the only child to Edward and Inez (Leitsch) Pfliiger. He was raised in Carson, ND, graduating from Carson High School. He pursued his interest in the technical field at North Dakota State College of Science in Wahpeton.

Evan moved to the Bismarck-Mandan area where he met the girl of his dreams, Marcy Leingang. Through patience and gentleness, he proved himself worthy of her love and trust. They were married in March of 1984.

Evan worked at Dakota Medical Systems repairing X-ray machines. In 1978, he along with a partner, started Central Security Systems. For five years he set up security cameras for local hospitals and businesses. After that venture, he freelanced repairing cash registers for local hospitals and businesses. Next, Evan found a way to showcase his talents for designing by creating embroidered logos for various organizations and businesses while working at Davis Designs. It was when he worked for Verizon Wireless that he was proud to be the recipient of the “Outstanding Sales Performance Award” in 2000. Finally, he went back to using his designing skills helping to create beautiful jewelry at Knowles Jewelry, where he was employed until his illness prevented him from working.

Evan loved playing volleyball and he also enjoyed cooking. He entered several chili cook-offs and loved to entertain friends and family with his culinary creations. He frequently made meals for his dad, Edward, and also his mother-in-law, Anna, and liked to visit and spend time with each of them. He was exceptional at trivia and considered himself (rightfully so) as a wealth of useless information. He had a sharp wit and an amazing memory of all things historical, including his detailed memories of fun events with friends and family. Evan loved the river where he spent many days and hours, often with a book in hand. Which brings us to his greatest passion - the passion for reading. Science fiction was his favorite genre and Isaac Asimov and Larry Niven were his favorite authors. Even when his illness kept him prisoner in his own body, his mind was freed as he used his computer to travel into any time and place through his reading.

Evan is survived by his devoted wife, Marcy, who cared for him physically, emotionally, and spiritually through it all.  He is also survived by his uncle, Norman Pfliiger; sisters-in-law, Marlene Watts and Sandy Leingang; cherished cousins; and numerous nephews and nieces.

A special Thank You to all who took the time to come and visit him. He enjoyed every single moment and it left him glowing the whole day.

A celebration of Evan’s life is also being planned for this spring in Carson, ND.

To order memorial trees or send flowers to the family in memory of Evan Pfliiger, please visit our flower store.