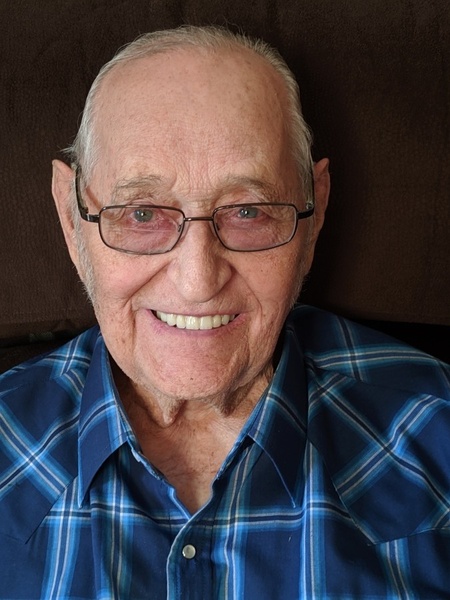 A Mass of Christian Burial will be held at 11:30 AM on Friday, February 28, 2020 at Christ the King Catholic Church, Mandan, ND with Rev. Fred Harvey as celebrant.  Burial will be at the North Dakota Veterans Cemetery, Mandan. Visitation will be held Thursday, February 27, 2020 from 5:00-8:00 PM at Weigel Funeral Home, Mandan with a Rosary/Parish Vigil at 7:00 PM.  Visitation will continue at the church one hour prior to the service on Friday.

Emil was born the son of Joseph and Stepanka (Slaby) Kalvoda on October 14, 1929 in Bismarck, ND.  He graduated from Mandan High School.  He enlisted in the U.S. Army in 1950 and honorably served his country for three years during the Korean War. His time included serving as a Czech interpreter on the Germany-Czechoslovakia border.

After returning from service, he attended college at NDSU on a short-course scholarship. He then returned to Mandan to run the family farm with his brother, Joe.  On June 7, 1962, Emil married his sweetheart, Mary (Fried) Kalvoda.  Together they raised their 11 children on their small grain and dairy farm. A highlight of farming was hosting the U.S. Secretary of Agriculture for a luncheon in 1991.

His strong Catholic faith guided Emil’s daily living.  He was a charter member of Christ the King church and served for over 20 years as a Eucharistic Minister. Emil was an honorary lifetime member of the Knights of Columbus. He also proudly served over 50 years as a founding director on the Mandan Rural Fire Department.

Along with his faith, family was a pillar in Emil’s life.  He was so proud of his large family. He taught his children the value of hard work. His love for farm life, Ford cars, and John Deere tractors was known to all.  While Emil worked hard, he taught his children the importance of playing hard too.  Emil’s love of pinochle was unmatched.  He would play pinochle with family for hours and would routinely use the phrase “just one more game”.  He was also a great singer and his family enjoyed listening to him sing Czech songs.

He was preceded in death by his parents; his brother, Joseph and wife Mary Ann; three brothers-in-law, Joseph Chloupek, Norman Lauzer and Eugene Thomas; best friend and first cousin, Milo Kalvoda; and many cousins.

Please go to Emil's Tribute Wall to sign the guestbook, view tribute video, and share memories with his family.

To order memorial trees or send flowers to the family in memory of Emil Kalvoda, please visit our flower store.