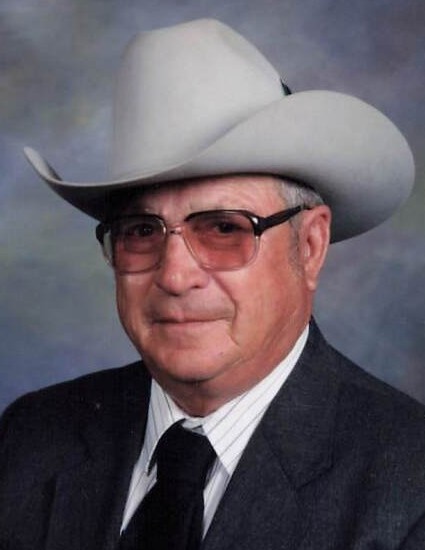 Visitation will be Monday, February 7 from 5:00 -7:00 PM and one hour before the funeral; rosary and vigil at 7:00 PM at Weigel Funeral Home in Mandan. Mass of Christian Burial will be Tuesday, February 8 at 1:00 PM at Spirit of Life Catholic Church, Mandan followed lunch and fellowship. Burial will be at the Mandan Union Cemetery on Wednesday, February 9 at 11:00 AM. Procession will be from Weigel Funeral Home at 10:30. Mass will be live-streamed and recorded on www.WeigelFuneral.com.

Edd was born March 20, 1929 to John and Anna (Seeberger) Bachler north of Carson. In 1938 the family moved to a farm west of Almont, where he was raised. On June 5, 1952 he married Viola Hellman at St. Joseph Catholic Church south of Glen Ullin. They farmed and ranched ½ mile north of his parents’ farm until 1964 when they bought the home farm, where they resided for 49 years until they moved to Mandan in 2013.

He was a man of strong faith. Prayer was an important value he handed down to his family; after moving to Mandan, he attended Mass daily with his wife as long as his health permitted.

Farming and ranching were his passions. He loved getting up early and checking the cattle. He always said, “Do what you love and love what you do.” His hobbies included playing pinochle and whist, gardening, attending rodeos, listening to country music, and when he was younger, singing and playing guitar.  He loved family gatherings, and hosting picnics for family and friends. In more recent years, having his children and grandchildren come for holidays and special occasions was the highlight of his life.

Edd was a member of St. Joseph Men’s Society for 60 years and served on the Almont School Board for 12 years.

*Lunch and fellowship to follow the Mass in the church reception hall.

To order memorial trees or send flowers to the family in memory of Edward "Edd" Bachler, please visit our flower store.