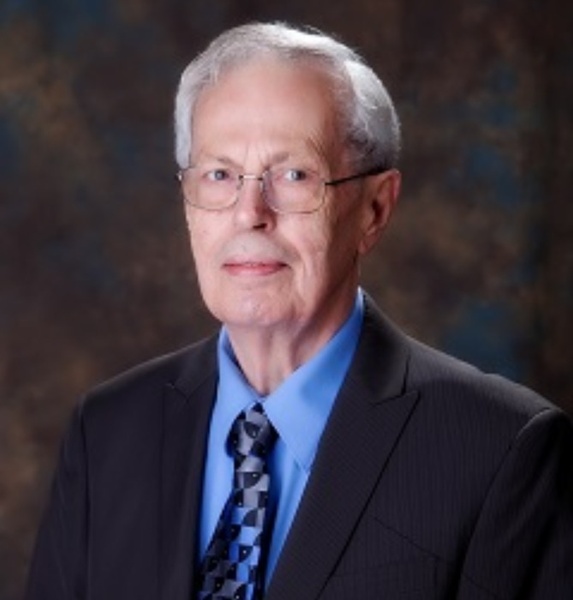 Edward W. Grunett, 77, of Hazen, ND, passed away peacefully in his home on November 3, 2018 under the care of Sakakawea Hospice and surrounded by his loving family after a long, courageous battle with cancer.

Edward was born October 21, 1941, in Grand Forks, ND, the son of Gretta and Ernest Grunett.  He moved to Adams, ND when his mother married Elmer Nelson.  He attended Benas Memorial Country School and Adams High School, where he was active in basketball, track, glee club, Boys State, and was crowned Homecoming King. He graduated with Salutatorian honors in 1959.

After high school, he attended the University of North Dakota in Grand Forks, where he majored in Accounting. He graduated in June 1963 with a Bachelor’s Degree in Business and Public Administration. Upon his college graduation, he hopped on a bus headed for New York City, where he worked as an accountant for 20th Century Fox Film Corporation. He was drafted into the US Army a year later, completing Basic Training at Fort Leonardwood, MO, “Fort Lost-in-the-Woods in the State of Misery,” and serving at Fort Ord, CA where he earned the Army Commendation Medal for developing a payroll system to facilitate troop payments during the Vietnam War.

After his discharge from the Army, Ed returned to UND to complete his Master’s degree. He went to work for the Standard Oil Refinery in Mandan in the accounting department and also taught accounting classes at Mary College. It was during this time that he met the love of his life, Donna Roth, and they were married on December 20, 1969. He was transferred to Standard Oil (“Big Stan”) in Chicago, IL in 1972. He and Donna made their home in Orland Park and welcomed their 3 daughters: Kimberly, Darci, and Jeanne.

In August 1978, the family moved to Elgin, ND, where Ed opened an accounting practice, which he owned and operated alongside his wife for over 40 years. He expanded his practice to include offices in Hazen and Mott. He moved his family to Hazen in August 1988, still commuting to his Mott and Elgin offices to serve his clients on a regular basis. There was never anyone more suited to be an accountant than Ed – he truly loved being a CPA and was passionate about helping his clients.

Ed devoted tireless hours of service to his community, serving as an officer for many organizations.  He was a member of: Elgin and Hazen Lions Clubs, serving as President and District Governor; American Legion; Grant County and Mercer County Water Resource District Boards, serving as President; and, served as Director-at-Large of Western Dakota Water User’s Association. Ed’s various hobbies over the years included fishing, bowling, camping, Chess, Monopoly, reading anything he could get his hands on (especially a good western), attending his grandchildren’s sporting events, and following politics and UND Hockey. He will always be remembered for his cheery nature, kindness, generosity, and optimism.

Ed is survived by his wife, Donna; his daughters, Kimberly (Matthew Bianchi) of Gainesville, VA; Darci (Michael Smith) of Mandan, ND; Jeanne (Brian) Wurzbacher and their children - Ed’s beloved grandchildren - Caden, Maddox, and Piper Wurzbacher of Fargo, ND; and, honorary daughter and colleague, Julie Levorsen of Elgin, ND. Ed was always so proud of his daughters and absolutely adored his grandchildren.  Ed is also survived by his brothers: Warren Nelson, Ken (Debra) Nelson, and Stuart Nelson (Dawn Beardemphl); his Aunt Lila Nelson; his brothers-in-law, Donnie Roth and Dale (Arla) Roth; and many nephews, nieces, and cousins.

Go to our online guestbook to leave your condolences and share memories with the family.

To order memorial trees or send flowers to the family in memory of Edward Grunett, please visit our flower store.
Open