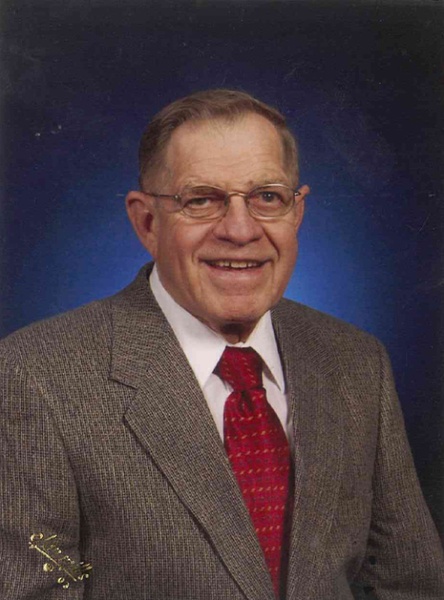 
Ed is the son of Nicholas and Christine (Massine) Axtmann, born May 3, 1934 at home in Orrin, ND.  He was raised and received his elementary education in Orrin, transferred to Rugby, ND and Crosier Seminary in Onamia, MN.  After graduating college Ed joined the ND Army National Guard where he was trained as a combat medic, returned to ND and attended Minot State College where he received his degree in education.


On June 23, 1960 Ed married Betty Bohl at Our Lady of Mount Carmel Catholic Church in Balta, ND.  They moved to Hague, ND where Ed started his teaching career.  In June 1964, the Axtmann family moved to Mandan, ND, where he taught mostly Latin at Mandan High School.
Ed’s humor and joy for life were experienced by people throughout the community.  He was an honorable Christian man who profoundly loved his family and friends.  You could count on finding him at the Knight’s of Columbus Club, gardening, playing pinochle, enjoying music, and dancing in the kitchen with Betty.

To order memorial trees or send flowers to the family in memory of Edward Axtmann, please visit our flower store.