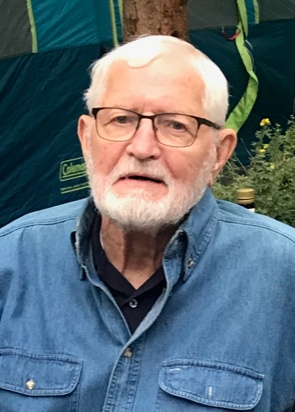 E. Dean “Dean” Rasmuson, Bismarck, passed away peacefully on March 9, 2021 at age 81. Cremation has taken place and services will be held at a later date.

Dean was born to Elmer and Ruth Rasmuson on July 24, 1939 in Minot, ND.   Dean spent his childhood in a variety of North Dakota towns before graduating from Rugby High School.  Dean married his high school sweetheart, Patricia Anderson, on September 16, 1961.   Dean enlisted in the Army and then continued his education at DeVry University.  Dean and Pat were blessed with three sons: Dean, David, and Paul.  Dean was a kind and loving husband, dedicated father, and skillful technician residing in Bismarck since 1971.

Dean is survived by his son, Dean of Houston, TX, and son Paul (Mary
Alice) of Henderson, NV; along with six grandchildren, (Michael, Rylie, Jacob, Erika, Keegan and Brody).  Additionally, he will be remembered by his great grandchildren, cousins, friends, and colleagues.

Dean was preceded in death by his wife, Patricia, and son, David.

Dean loved to cheer for Duke Basketball, the Minnesota Twins, and his all-time favorite team, the Minnesota Vikings.  He took pride in the fact that he was at the first Vikings game in 1961.

To order memorial trees or send flowers to the family in memory of E. Dean Rasmuson, please visit our flower store.