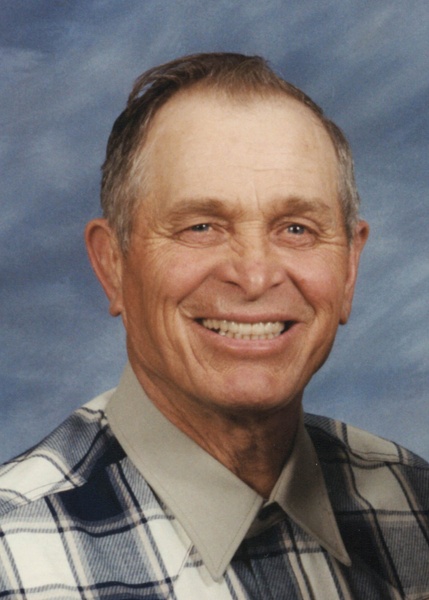 E.C. (Milo) Kalvoda died peacefully at his home surrounded by family on Friday, September 6, 2019, after his three year battle with Parkinson’s.

A Mass of Christian Burial will be held at 10:30 AM CDT on Tuesday, September 10, 2019 at Christ the King Catholic Church, Mandan, ND with Fr. Fred Harvey as celebrant. Burial will follow at the North Dakota Veterans Cemetery, Mandan.

Visitation will be held Monday, September 9, 2019 from 5:00-8:00 PM at Weigel Funeral Home, Mandan, with a Parish Vigil at 7:00 PM. Visitation will continue at the church one hour prior to the service on Tuesday.

Milo was born November 4, 1938 in Mandan, ND, the youngest son of John and Marie (Kadlec) Kalvoda.  He was raised on a farm 6 miles SW of Mandan.  It was the place where he loved and learned farming and ranching with this parents, siblings, uncles, and cousins.  He attended country grade school by horse and buggy, then graduated from Mandan High in 1956.

He was the second son to join the Marine Corp. and served 1958-1961, where he was a trained machine gunner and squad leader.  After basic training, he was stationed in Yuma, AZ at an airbase. For Extra money, he worked at a horse stable on a base that rented horses for $.50 an hour.  He also worked at the Projection Studio for $1 an hour.  One time it got stressful while swapping 13 reel-to-reels for the movie, “The Ten Commandments”.   He did not re-enlist and returned to help on the farm when his brother Benny got sick and later died.

On June 3, 1963, he married Lois Thompson.  They resided on the family farm where they raised their family until 1974, and moved half a mile away to start their homestead.

Milo had lots of hobbies including driving his John Deere’s, working the land, checking his cattle, keeping all the kitties fed and taking the dog for a ride in his red Ford pickup.  He enjoyed going to Ohm’s Café, the Kist Livestock Auction barn and finding friends to enjoy coffee, pie and conversation and maybe a joke or two.  He was also known for his great instructional tricks ‘push the snow to the south, the wind blows from the north’, ‘you mow the grass so it pushes out the side you already mowed’, ‘why did you do it that way? Let me show you the right way!’ and the best words of wisdom, ‘Get it done now, then you can goof off!’

Milo could strike up a conversation with anyone at any time about anything.  He was always willing to lend a hand to anyone who needed it, without expecting anything in return.   He had a love for dancing the polka, playing cards, cracking jokes, and making people laugh.  Please always remember Milo with a smile on his face, a memory you may have, a joke he has shared, and his contagious laugh before he got the punchline.

He will be missed by his wife of 56 years, Lois; daughters, Corina (Marc) Larson of Bismarck and Lisa (Greg) Ripplinger of Mandan; son, Dan (Colleen) Kalvoda of Beulah; grandchildren, Payton Larson of South Korea, Parker Larson of Grand Forks, Heather Ripplinger and Phaden Marcellais of Mandan, and Madison Ripplinger of Fargo; and several nieces, nephews, family, and friends.

To order memorial trees or send flowers to the family in memory of E.C. "Milo" Kalvoda, please visit our flower store.