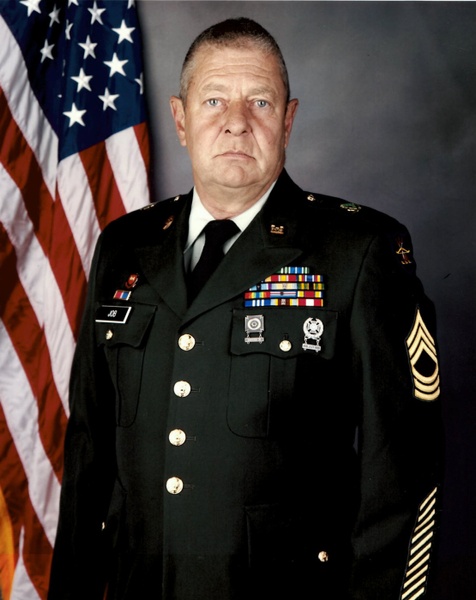 A Mass of Christian Burial will be held at 10:30 AM on Monday, August 2, 2021, at Christ the King Catholic Church, Mandan, ND with Rev. Fred Harvey as celebrant. Burial to follow at the North Dakota Veterans Cemetery.

Dwayne was born to Herbert and Esther (Ackerman) Job on October 24, 1949, at his grandparent’s house in Linton.  Dwayne grew up in Linton and graduated from Linton High School in 1969.  He worked as a parts-man for his dad at Job’s Auto and Implement in Linton before moving to Bismarck.  In 1970, Dwayne enlisted in the North Dakota Army National Guard.

On November 27, 1992, Dwayne married Charlotte (Wetsch) Haider.  Out of this union they blended their two families into one.  Dwayne’s children are Brent, Tiffany, and Andray. His stepdaughters are Melissa, Toni, and Tammy.

Military service was very important to Dwayne as he gave over 40 years of service to his country. He held numerous positions and earned several awards throughout his military career which he proudly displayed.

Besides serving his country, family and friends were very important to him, especially the little ones.  Dwayne loved being around kids and for some reason they were drawn to him. He also loved spending the winter months in Arizona.

In his spare time, Dwayne loved putting jigsaw puzzles together - if you called him in the early morning, he would be sipping coffee and working on a puzzle.  Besides puzzles he also enjoyed fishing, playing cards, visiting the casinos and going to garage sales. This phrase most definitely pertained to him “one man’s junk is another man’s treasure!”

His most recent accomplishment was finishing his new shop that featured living quarters.  This project took many years of planning, designing and he did much of the finishing work himself - he took great pride in this. Dwayne had many plans for his new place like fish fries and where to display his many Budweiser beer steins he found at antique stores or garage sales.

To order memorial trees or send flowers to the family in memory of Dwayne Job, please visit our flower store.