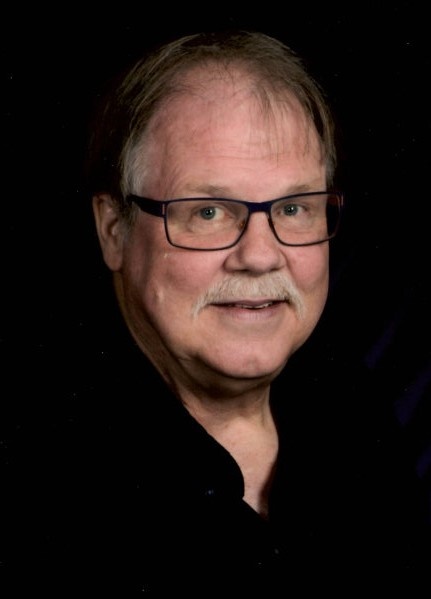 Dr. George (Joe) Ellefson died peacefully on October 29, 2021, in Bismarck, ND. His wife and daughter were by his side.

Mass of Christian Burial will be held on Friday, November 5 at 10:30 am at Spirit of Life Catholic Church with Father Todd Kreitinger officiating. Burial of cremains will be at Mandan Union Cemetery. Visitation will be on Thursday, November 4 from 5:00 to 7:00 pm with a Rosary and Parish Vigil beginning at 7:00 pm at Weigel Funeral Home in Mandan. Visitation will continue one hour prior to the funeral at the church.

Joe was born in Grafton, ND on November 10, 1954, to Vern and Peggy (LaMont) Ellefson. When he graduated from Grafton High School in 1973, he started his career in criminal justice, ultimately working for four different law enforcement agencies: the Grafton Police Department, the Morton County Sheriff’s Office, the Burleigh County Sheriff’s Office, and the Bismarck Police Department. His high school sweetheart, Marge (Votava), was by his side through it all. They were married July 24, 1976, in Oakwood, ND and moved to the Bismarck-Mandan area in October of that year, easily embracing — and being embraced by — a community they came to love. Daughters Micki Jo and Lindsey Dawn were born in 1990 and 1992, respectively.

Joe loved learning and pursued higher education throughout his life, both as a professor and as a student. He became coordinator of Bismarck State College’s criminal justice program in 1995.

Joe was an avid sports fan (go Vikings), quite a golf enthusiast, and never passed up a good game of pinochle or a trip to the casino, but his real passions were his family, friends, and teaching. He was at home in his classroom and worked endlessly to help his students achieve their goals and potential. His dedication was such that he worked throughout his lengthy battle with cancer, teaching up to the final week of his life. The classroom was truly where he belonged.

During his career Joe received numerous awards and recognitions, including the Bismarck-Mandan Chamber of Commerce 2018 Outstanding Teacher of the Year.

Joe was preceded in death by his daughter, Micki Jo; his parents; brothers Steve, Mike, and Bobby Ellefson; and sister Julie Daley.

To order memorial trees or send flowers to the family in memory of Dr. George Ellefson, please visit our flower store.