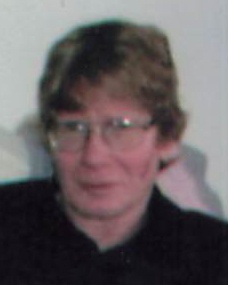 Doyle was born to Robert and Deloris (Barnhardt) Lang in Minot, ND. Doyle graduated from Minot High School in 1977. While in high school, he worked part time for Pepsi Bottling Company, where he became addicted to MT Dew.  Three days after he graduated, he began working at Sweetheart Bakery where he worked for 23 years until they closed. Shortly after that, he moved to Bismarck-Mandan and worked at various bakeries and restaurants and also at the Bingo Palace in Bismarck. He was still working at the Amvet’s gaming dept. upon passing.  He retired from Little Cottage Café in December 2020. Doyle also volunteered to ring the bell for the Salvation Army during Christmas for many years.

Doyle was a shy and quiet person around people. He loved sports. At a young age, he was the bat boy for the Minot Air Force Base baseball team for five years. He coached Little League for a few years and he also managed and played on a softball team. He was on a bowling league and dart team. He was an avid Minnesota Vikings and Twins fan and he liked his beer. The highlight of his life is when he took a trip with his mother to the Philippines to visit his sister Robin, who was stationed there in the Navy. He was shocked by the culture and felt he was a rich man compared to the people of the Philippines. Doyle also collected ballcaps and he was a member of the Sons of Amvets.

To order memorial trees or send flowers to the family in memory of Doyle Lang, please visit our flower store.