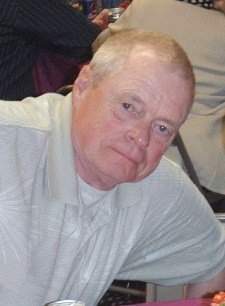 Donald Leo Hertz Jr. left this world to be with his soulmate on Nov. 26, 2019. After a courageous multi-decade battle with Parkinson’s disease, he died peacefully at his son’s home in Franklin, Tenn., surrounded by his children.

A Celebration of Life will be held at 10:30 AM on Saturday, February 29, 2019, at Weigel Funeral Home, Mandan, ND with Rev. Christina Martin officiating.

Don was born in Mandan on June 9, 1942, to Donald Leo Hertz Sr. and Marian Hertz (Jensen). He attended Mandan High School, where he was a multi-sport athlete, playing football, basketball, track, and baseball. Don continued to play tennis and golf regularly into his seventies. In 1965, he married Vicki Homuth and then graduated from NDSU in 1966, majoring in business economics. Immediately after, he reported for active duty as a naval aviator at NAS Pensacola but was medically discharged shortly thereafter. During this time in Florida, he missed the March 1966 “blizzard of the century” and the birth of his daughter, Suzanne.

In July of 1966, Don and his family moved to Seattle, as he went to work for the Boeing Company. The weather there proved to be a little gloomy for their taste, so they returned to North Dakota, but not before his first son, Duffy, was born. Four years later, another son, Dustin was born.

Upon return to North Dakota, Don began working at the ND Employment Security Bureau (later renamed job service). During his time there, Don and Vicki divorced, and he spent (in his own words), “the next 15 years or so looking for the perfect mate, and [I] finally found her [at job service].” After a ten-year courtship, Don married his best friend, Kathy Barr Glass, on Jan. 18, 2002, in Fessenden. According to him, they chose Fessenden because “it was cheaper than Las Vegas and had fewer distractions from the main reason [they] were there...it was mostly Kathy’s idea.”

For nine months, they “lived the dream” until Don was diagnosed with Parkinson’s disease. His affliction became a challenge for them both, but moreso for Kathy, as she assumed the role of caregiver. Her devotion to Don’s well-being never wavered, even when she was diagnosed with ovarian cancer; she died from the disease three-and-a-half years later. Even in her final moments, her major concern was: “Who will take care of Don after I’m gone?”

His greatest pleasures in life were doing things with his children, tennis matches, hunting and fishing, airplane rides, canoe trips, and weekends at the cabin on Blue Lake. He bravely fought Parkinson's disease for over 20 years, persevering when so many others would have given up. Despite the challenges presented by his disease, Don never stopped living life to its fullest, regularly playing bingo, trivia, and pinochle with his friends until the end.

Among so many other things, Don will be forever remembered for his wit, sharp sense of humor, unending selflessness, unwavering humility, and devotion to his family and friends. With a kind smile, deep laugh, and full heart, Don inspired everyone who knew him to be better.

The family has designated the Michael J. Fox Foundation for Parkinson’s Research for memorial contributions.

To order memorial trees or send flowers to the family in memory of Donald Hertz, please visit our flower store.