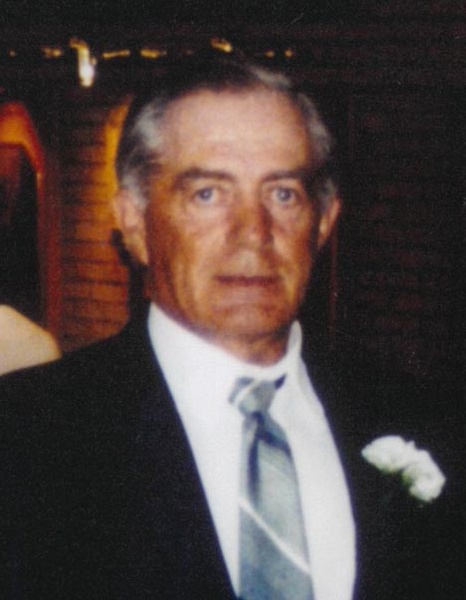 Donald D. Bachmeier, 79, a longtime Raleigh-area resident, passed away on July 13, 2017, at the Baptist Home in Bismarck.

Mass of Christian Burial will be held at 10:30 am on Wednesday, July 19, 2017 at St. Joseph Catholic Church, Mandan, ND with Rev. Shane Campbell as celebrant. Interment will be held at North Dakota Veterans Cemetery with Military Honors provided by the Mandan VFW and the American Legion.

Visitation will be held Tuesday, July 18, 2017 from 4:00-8:00 pm at Weigel Funeral Home, Mandan, ND with a Knights of Columbus Rosary at 7:00 pm and a Parish Vigil at 7:15 pm. Visitation will continue at the church one hour prior to the service on Wednesday.

Donald, the fourth of five sons, was born on March 31, 1938. His parents were Peter and Zina (Ternes) Bachmeier. He attended schools in and near Raleigh and graduated from Assumption Abbey in Richardton in 1957. He attended NDSU and Dickinson State University from 1958-1961. He was drafted into the U.S. Army in 1961. After completing basic training at Fort Carson and Fort Hood, he served in the 1st Armored Infantry Division until he was honorably discharged in 1963. Upon his return from service, he helped his father operate the family farm, and worked winters in Minnesota, Michigan, Chicago, and Dallas.

On November 14, 1970 he married Jean Zastoupil. The couple purchased the farm and raised their three sons on the home place. Don started an excavating business in 1971, and continued doing excavating work for the next 35 years.

Don was a lifelong member of the Flasher Knights of Columbus and was a member of the McIntosh American Legion. Don was inquisitive and liked visiting with everyone. Don loved being outside and being around animals, especially dogs. His hobbies included bowling, playing cards and pool, visiting the casino, and traveling. He spent many hours reading and studying maps, atlases, geology, and local history. One of his favorite memories was hosting a foreign exchange student from Argentina.

Preceding him in death were his parents, a brother lost in his infancy, his brother Robert, and his trusty dog, Martin.

In lieu of flowers memorials are preferred.

Donald's Memorial Folder
To order memorial trees or send flowers to the family in memory of Donald Bachmeier, please visit our flower store.