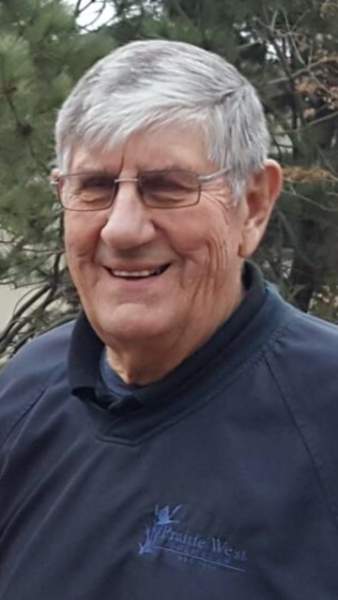 Dennis was born on January 3rd, 1935 in Rolette, ND.  He graduated from Rolette High School in 1952.  Following high school he pursued a career in education and received his teaching diploma from Minot State University.  He also attended St. John’s University in Collegeville, Minnesota.  After graduating from college, he married Carol Jean (Myrum) Mongeon in Anaheim, CA on June 8th, 1963.  Dennis and Carol then moved to Mandan where he began his teaching career with the Mandan Public School District where he dedicated 28 years to teaching students at Mandan High School and Mandan Junior High.

Dennis was an avid sports fan and coached numerous sports throughout his career including golf where he was the head boys and girls coach for numerous years.  He also was an assistant for football, basketball, wrestling and cross country.  Dennis had a positive impact on many of his students and athletes throughout his career.  He also officiated many basketball and football games around the state.  Dennis’ impact carried far beyond retirement and when his former students and athletes saw him in the community they regularly stopped to share his impact on their lives as a teacher or a coach.

During his teaching career Dennis also worked summers as a crop hail adjuster and after retirement continued this work for many years and enjoyed meeting people from all over the state whom he always remembered.  When mentioning a last name, Dennis could identify where they were from down to the mile marker and landmark to where their farm was.

Dennis loved his family.  He was a great husband, father, brother, grandpa and great grandpa.  He did whatever he could to make sure he could attend as many sporting events as possible of all his kids and grandkids. His brownies were a major hit for all the grandkids.  He would often just randomly drop off plates of them for all the grandkids to come home and discover on the doorstep.  He was also an avid golfer and became a pillar around the Mandan Golf courses.  He even stepped in for a brief period to manage the Municipal Golf Course.  He was able to golf all the way through the summer of his 84th birthday.  In addition to his love for golf, Dennis enjoyed the outdoors fishing and hunting.  He was also a die-hard Minnesota everything fan; Twins, Vikings, Gophers, North Stars and Wild.  Whether he was at home, on the golf course, out fishing, or anywhere away from home, he had to have the Twins on.  He was a Minnesota faithful and they lost a great fan.

Dennis also spent a great amount of time with many of his lifelong friends and family at the local gathering spots to have coffee, play cards, go fishing, or just stopping by for a visit.

Dennis was a kind and generous man, always putting others’ needs before his.  Dennis’ faith was important to him and he passed that on to his family.

Due to the current pandemic crisis, a celebration of Dennis’ life will be announced and held at a later date.

Please go to the Tribute Wall to leave your condolences and share memories with his family.

To order memorial trees or send flowers to the family in memory of Dennis Mongeon, please visit our flower store.