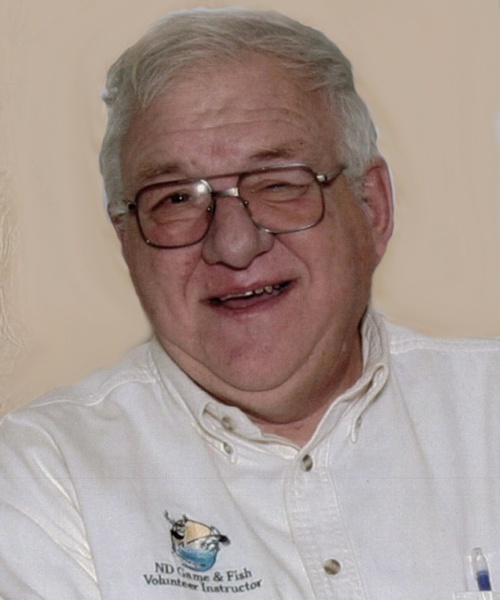 Dennis L. Miller, 71, Mandan, passed away September 26, 2017 at Miller Pointe in Mandan from complications of surgery and cancer.

Dennis L. Miller was born on October 14, 1945 to Oscar and Illa (Stolz) Miller in Lehr, ND. He graduated from Lidgerwood high school and continued his education in Medical Technology/X-Ray in Minneapolis.  After completing an internship at the Wishek Hospital, he gained employment at the Philip, S.D. Hospital.  While at Philip, he enlisted in the Air Force Reserve – performing physicals for all branches of services for enlistees during the Vietnam War in 1965.

Dennis married Lynda Laub, “The love of his life”, in Mandan, September 18, 1966.  To this union, 2 precious children were born; Michelle and David.

In 1967 he was asked to join a research team at the University of Minnesota located at Abbott Northwestern Hospital for the professor, Cecil Watson, M.D. and Vincent Fronke, M.D.  It was then he became interested in innovative techniques for bleeding and clotting for open heart surgeries.  He worked there for many years and then saw a need for veterinary services and started the first mobile veterinary testing laboratory in the country.

In 1986, after moving back to N.D., Dennis and Lynda invented a Bio Fluids exposure kit with their own copyrighted procedure that was eventually manufactured and sold throughout the U.S. under the name of Keep Saf, Inc.  He was active in this until his recent illness.

Dennis was an avid hunter and fisherman.  His hobby was teaching Hunter Education in 2 states.  He recently received a 30 year award from N.D Game and Fish.

He also founded Missouri Valley Shooting Sports Association along with other instructors to promote “live” fire experiences and mentor pheasant hunts for public and hunter education graduates.  It was his passion and dedication to promote safety, and encouraged his own children to enjoy the shooting sports.

He also was a collector car “buff”.  You could always find him polishing the cars for Buggies-N-Blues, Medora car shows, and Thursday night Rumble at Burger King which now his children enjoy.

Dennis is preceded in death by his parents, Oscar and Illa Miller and grandparents John and Molly Stolz.

The memory of his life has truly become a treasure.

In lieu of flowers the family requests memorials be sent to the Bismarck Cancer Center or Majestic Hills Ranch Therapeutic Riding, MN (www.majestichillsranch.org)

To order memorial trees or send flowers to the family in memory of Dennis Miller, please visit our flower store.