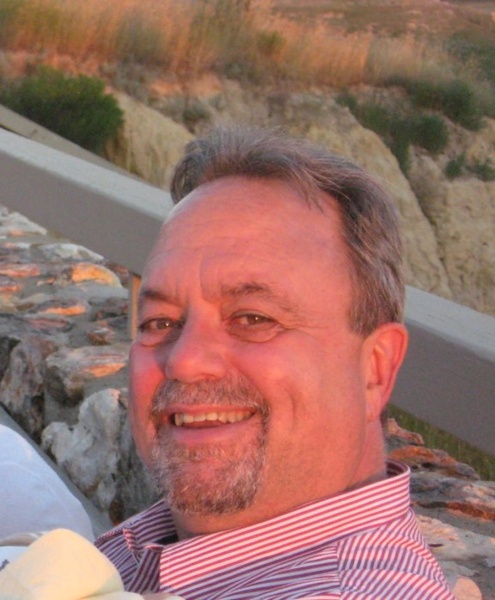 Denis Gerard Montplaisir (“Dugan”), 65, of Bismarck, went to be with Jesus on Sunday June 30th, 2019. Denis lived a Wonder-FULL life and his life will be celebrated well. Visitation will be from 4-8 p.m. Friday, July 5th, with a Vigil and time of sharing from 6-8 p.m. at Church of Corpus Christi, Bismarck. Services will be held at 10:30 a.m. Saturday, July 6th, at Church of Corpus Christi, Bismarck, with burial at St. Mary’s Cemetery, Bismarck.

Denis was born on December 8, 1953 in Fargo to Alpha (“Frenchy”) and Margrette (Anderson) Montplaisir. Weighing in at a whopping two pounds and two ounces, he did not let his birth weight determine the size of impact he would have on the world. His younger brother Jacque joined the family in 1956 then the family moved to Bismarck in 1960.

Denis graduated from St. Mary’s Central High School. He continued on to Bismarck Junior College, where he was quarterback for the football team, and later received a B.A. in vocal performance from the University of Mary. During his college years, he was very involved in music and Young Life. These two passions brought together a group of friends who wanted to follow Christ and “live life” together (they called themselves the “lepers”). This group had a significant impact on each other and they became life-long friends who lived life to the fullest. Over the years, Denis blessed many people by singing for their weddings, funerals and other events. He was part of a Christian band called Change of Heart and had the opportunity to sing for the Pope in Mile High Stadium. He used his beautiful voice, musical talents, compassionate spirit and love for Christ to share Christ’s freely-offered grace and love with everyone he met.

Denis married the love of his life, Patricia Anne Noehring, on August 1st, 1981. Together they raised their four sons, Michael, David, Daniel and Marc in Mandan. Denis loved to cook and was exceptional at it. For several years he was the owner and chef at the Mandan Municipal Country Club where hundreds of people were able enjoy his cooking and hospitality in large groups. Then his love for people led him into social work as a career via the Bismarck Police Department Youth Bureau and Youthworks in Bismarck. He also served on the Mandan School Board and had a passion for leading youth on wilderness and backpacking trips where he was able share and show Christ’s love, in the midst of God’s beautiful creation.

Denis’s four sons were his pride and joy, and he was an amazing Dad and Grandpa. He worked very hard so his family could do the things they loved and have a solid foundation for life. It was obvious to everyone around how much he loved his family: from singing silly songs, to saying “I Love You” often, to telling countless “Sven and Ole jokes”, to genuinely lending an ear and talking proudly about his kids and nine grandkids. One of his favorite things to do was to share his home and dining table with family and friends over the amazing food that he prepared. He also thoroughly enjoyed hunting, fishing, watching hockey, golfing and spending time at the cabin with Pat and “da boyz”.

In 2008 Denis went to work for the Theodore Roosevelt Medora Foundation as their Volunteer Coordinator. His love for Medora, people and music made this position a perfect fit for him. Working in Medora allowed him to share Christ’s love with thousands of people, and allowed thousands of people to love him and Pat.

In 2010 Pat was diagnosed with Leukemia and went through months of intensive treatment. Pat and Denis’s amazing group of family and friends (or so he called “chosen family”) surrounded them with love and prayers, and by a miracle Pat was cancer free. But the treatments took a toll on Pat’s body and health. Denis devoted himself to love and care for her, even when times were really difficult. So many admired this Christ-like selflessness, sacrifice and love that he showed for her “in sickness and in health”.

Denis loved Jesus and understood that Jesus Christ offers unconditional love and grace, even for sinners like himself. His faith was reflected in the way he lived and loved others. His life made an amazing impact on this world, and Heaven is even better with him now. Well done good and faithful servant, well done!

In lieu of flowers, contributions to the Theodore Roosevelt Medora Foundation would be appreciated.

To order memorial trees or send flowers to the family in memory of Denis Montplaisir, please visit our flower store.
Open