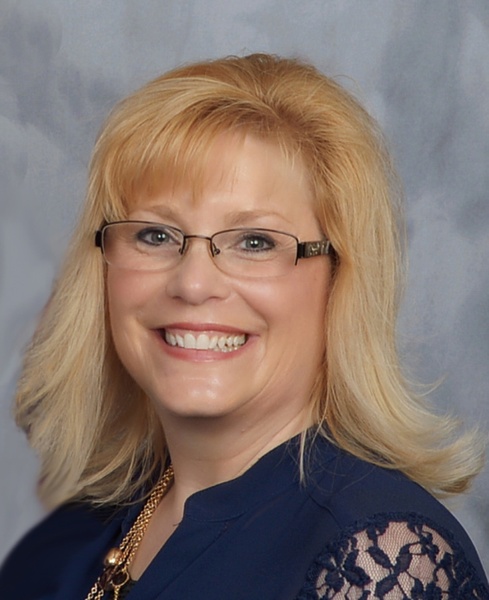 DeAnna Marie Smith, 48, passed away quietly surrounded by her family at CHI St. Alexius Health on September 16, 2018 after a courageous fight with cancer.

A Mass of Christian Burial will be held at Spirit of Life Catholic Church in Mandan, North Dakota at 10:30 AM on Friday, September 21, with Msgr. Chad Gion and Rev. Todd Kreitinger as celebrants. Burial will take place at St. John’s Cemetery, rural Mandan.

Visitation will be held at Weigel Funeral Home on Thursday, September 20 from 5:00 - 8:00 PM with a Rosary and Prayer Service at 7:00 PM.  Visitation will continue at the church one hour prior to the service on Friday.

DeAnna Marie was born to Jack and Pat (Patton) McKusick on February 4, 1970 and was raised in Big Lake Minnesota on the Sherburne Wildlife Refuge. She was always a bit of a tomboy and loved the outdoors. She could be found playing sports with her older brother and his friends, running with her dog Brownie, or racing around the yard in her go cart, which did result in one broken fence.

She attended Big Lake High School where she competed in gymnastics and was captain of the cheerleading squad. She graduated on 1988 and went on to attend St. Cloud Business College and John Casablanca Modeling School.

In 1991, while working the front desk at the Registry Hotel in Bloomington, she met a Firefighter Training Instructor by the name of Jesse Smith who was there for the Minnesota State Fire School. They immediately hit it off and after several trips to Minnesota for Jesse, they got engaged. DeAnna and Jesse were married on May 21, 1993 and made their home in Bismarck, ND. Together they had 3 children, Matt, Rachel and Allison. Sadly Rachel passed away from a birth defect 2 days after she was born.

DeAnna was a stay at home mom and loved raising her kids. She also helped out on the family ranch which she and Jesse purchased when they moved south of Mandan. DeAnna loved gardening, decorating her home and working with the animals when Jesse was away on shift for the Bismarck Fire Department. She was a force to be reckoned with on a four wheeler chasing cattle and worked side by side with Jesse to make sure that this 4th generation ranch made it to the 5th generation.

In November of 2014 DeAnna went to work for Bismarck State College as the Administrative Assistant for the Allied Health Medical Arts and Emergency Services Programs. She loved her job and the students who often referred to her as their mother hen because of the way she watched over them. She continued to work for BSC until her passing.

DeAnna will be deeply missed by her husband Jesse; her children, Matt and Allison; her parents, Jack and Pat McKusick; her brother, John (Michelle) McKusick; her sister, Cindy (Jason) Dupont; her grandfather, Dave Hoagland; and all her uncles, aunts, nieces, nephews and her extended family of students and first responders.

She is preceded in death by her daughter, Rachel; her Grandma Hoagland; her Grandpa and Grandma Patton; and her father-in-law and mother-in-law, Robert and Anne Smith.

In lieu of flowers, memorials may be made to the Bismarck Firefighters Assistance Fund or the charity of your choice.

To order memorial trees or send flowers to the family in memory of DeAnna Smith, please visit our flower store.
Open