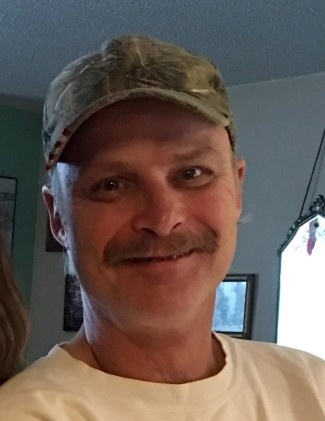 Daniel Alan Froelich (25 going on 59) from Hebron, ND passed away November 25th at Sanford Hospital of heart failure where family were waiting for news of a successful heart procedure which never came.  Danny and his heart just couldn’t go on.

Danny was born in Bismarck, ND to Connie Werre and Larry Froelich.  Throughout his childhood he was raised by his mom, Connie, his grandparents, Joe & Martha Froelich, his dad, Larry, and his second wife, Margy.  He was blessed to have his dad and two moms who loved him unconditionally and whole heartedly.

Danny had tragedy early in his life with the sudden death of his older brother, Terry.  They had such a close brotherly bond that when Danny was blessed with the birth of his one and only child, he named his son Terry in his honor.

Most of Danny’s adult life was spent in Grand Forks, ND with his son, Terry.  When the flood of ‘97 came about and the town closed down, Terry went to live with his mother, Sheri Erickson,  in Arizona and finished the remainder of his school years there.  Danny then moved to Seattle to be close to his mother, Connie, sister, Wendi, brother, Chris, and many other family members on his mother’s side.  Later, he moved back to Mandan, ND where he spent much time with his dad, Larry, Marge, brothers, Bill, Ed and Jim and their families.

Danny worked for Hood Packing Corp in Grand Forks, Coca-Cola in Bismarck, and then in 2015 he took, as he called it, “the best job ever!”  He went to work for the Post Office and moved to Hebron where he had the mail route of his dreams.  Danny absolutely loved visiting with the farmers and other rural people on his route and let’s not forget the many animals he stopped to give treats to and even the wildlife he’d stop and say “hey!” to.  He especially enjoyed the Meadowlarks and their song.

Danny was happy and very satisfied with his life.  He was always talking about and doing what made him happy.  His son, Terry Joe, and his granddaughter, Addy, were what made him, without a doubt, the happiest man alive.  They were his pride and joy.  Let’s be honest, Danny smiled a lot, but when he was with them or simply talking to them on the phone, the smile on his face was priceless.

Fishing was Danny’s passion in life.  He spent much time on the lakes in his boat armed with many fishing poles and enough tackle to fill the back of a pick-up truck.  Danny loved his boat and took pride in working on it.  While in Grand Forks, Danny spent time fishing with his brother, Larry (Punky), and his friend, Scott.  When he moved to Mandan, he shared his love for fishing with his brother Ed and nephews Kaleb, Josh and Mike.  They could spend hours upon hours on that boat fishing.

As one of Danny’s many wonderful qualities; we will always remember his Oscar-worthy sense of humor.  He had some of the best one-liners ever and kept everyone in stitches.  He was the life of the party.  Another amazing quality was how he made us feel.  When any of us spent time with Danny, he gave us the sense that we mattered to him, that what we had to say mattered and that we were loved.  He was always happy to see us.  And we felt it.

Danny’s moms Connie & Marge love to cook and Danny definitely loved eating their home cooked meals.  Danny would often be heard saying, “Yum yum!” with anticipation for these favorite family meals. He also had a DEEP love for Coca Cola (at all times, in a giant mug), seeds, and spicy pickles.  They were a staple when watching football on his 3 big screen TVs.

Danny had a love for music and dancing.  He was our Alan Jackson and we loved seeing him all decked out in his favorite country shirt and blue jeans.  He was a good two-stepper and the ladies really liked that!  However, he could also rock out to some of the best rock bands.  His road trip music selection was phenomenal.

To order memorial trees or send flowers to the family in memory of Daniel Froelich, please visit our flower store.