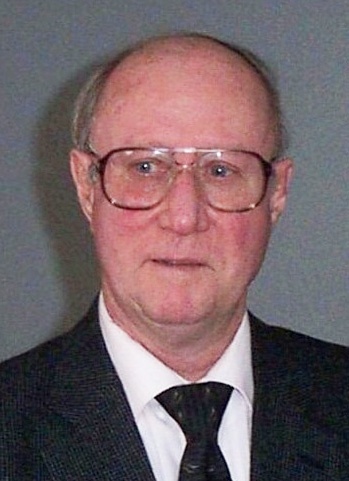 Curtis Rath, 74, of Mandan passed away on April 18, 2018 at his home after a short battle with cancer. Mass of Christian Burial will be held on Monday, April 23rd at Spirit of Life Catholic Church at 10:30 a.m. with Rev. Chris Kadrmas as celebrant and Rev. David Michael as concelebrant. Burial will be held at Mandan Union Cemetery following the service.

Visitation will be held on Sunday, April 22nd from 4-6 p.m. at Weigel Funeral Home with a Vigil Service at 5 p.m.   Visitation will continue one hour prior to the service at the church on Monday.

Curtis was born on Sept. 4, 1943 to Edward and Clara(Berg) Rath. He was raised and educated in Turtle Lake. After graduating in 1961 he attended Valley City State College where he earned a degree in teaching and was an outstanding short stop for the VCSC baseball team. After college he taught High School English in Max Bass, ND for a year and at Mandan High School from 1967-1978. He managed Jerry’s Educated Minnows, later known as Southside Amoco, for many years before retiring.

Curt met his wife Debbie while they were teaching at Mandan High School. They were married June 5th 1973 and were blessed with two sons, Toby and Jamie. Curt’s love for baseball continued as he coached little league in Turtle Lake, played recreational softball and attended his sons’ softball games.  He taught his sons and grandsons a deep love for fishing, hunting, and gardening. Curt took pride in his large garden at his cabin at Crooked Lake and supplied vegetables for his entire family.  He was the mastermind behind the family campfires, carefully monitoring the structure and ignition!   Curt also enjoyed making lead sinkers, working crossword puzzles, and watching Seinfeld and old westerns.  His homemade ice cream was the joy of every family gathering and his deer sausage was the best.

Curt will be deeply missed by his wife of 44 years Debbie, of Mandan; sons, Toby Rath, of Bismarck and Jamie (Lynn) Rath, of Mandan; three grandchildren, Zachary, Alex, and Tyler; two sisters, Doris Just, of Mission, TX and Debbie (Robert) Boe, of Turtle Lake; and many nieces and nephews.

He is preceded in death by his parents, brother-in-law Elton Just and several aunts and uncles.

To order memorial trees or send flowers to the family in memory of Curtis Rath, please visit our flower store.