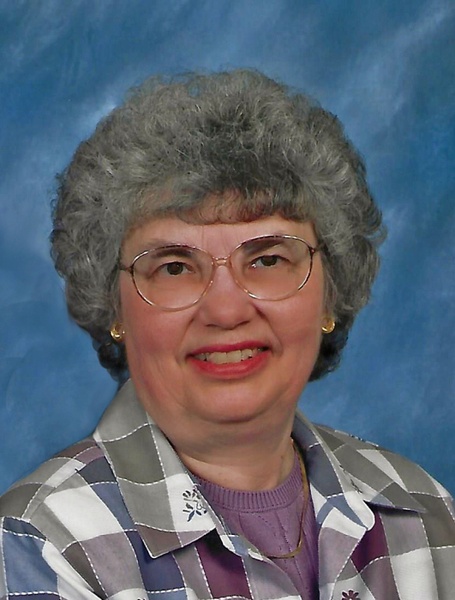 Corrine L. Haugen, 74, of Mandan passed away on October 24, 2018 at Missouri Slope Lutheran Care Center after a long battle with Alzheimer’s.

Services will he held on Monday, October 29th at 10:30 a.m. at Messiah Lutheran Church in Mandan.  Burial will be held at the North Dakota Veterans Cemetery.

Visitation will be held on Sunday from 5:00 p.m. to 7:00 p.m. at Weigel Funeral Home in Mandan and will continue one hour prior to the service at the church on Monday.

Corrine was born on October 11, 1944 to Warren and Matilda (Drewlow) Priebe in Breckenridge, MN and grew up on a farmstead outside of Woverton, MN.   While spending time in Breckenridge with friends, most likely Karen Kemp, she ran into an electrical student at Wahpeton’s State School of Science.   That student was Ordean Haugen.   On June 6, 1965 the two were married in Woverton and went on to have two children.   After a few years of traveling for work, the couple settled in Mandan, ND in 1973 and made it their home ever since.

It is in Mandan where Corrine ran into the most fantastic group of people at Messiah Lutheran Church.  She had so many friends within the church and loved spending time helping with potlucks, weddings, funerals, Bible study, and many other church activities.  We always said if we wanted to get out of church and go out to eat, you better drag Mom or otherwise she would be gabbing away with everyone she could find.  Her passion was church and the great women she built life-long relationships with, including those at the local Hardees coffee group.

Much of Corrine’s time was spent reading, going on drives looking for wildlife, fishing’ and most importantly raising two boys from home.   She did spend some time working at part time jobs to fill time, but when she could, she traveled with Ordean to Wisconsin and Minnesota as he worked on various large projects.  She loved traveling and had a great time traveling to Maine, Nova Scotia, and most importantly, to Arizona with great people, special sister-in-law, Kay and her husband, Jake.

She will forever be missed by friends and family who remember her for who she was before her diagnosis.   A special thank you to the Missouri Slope Lutheran Care Center and all the great people who took care of Corrine during her final year.

She is preceded in death by her parents and very special sister, Carol Buth.

To order memorial trees or send flowers to the family in memory of Corrine Haugen, please visit our flower store.
Open