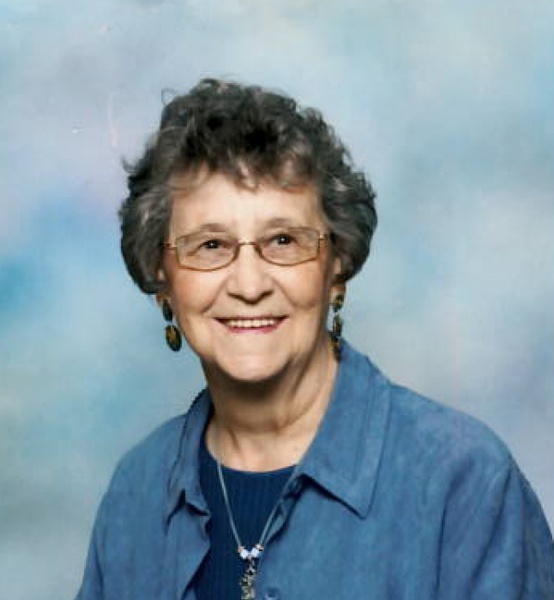 Clementine Elizabeth Hoff (aka The Speed Walker) was born on November 14, 1923 in Center, ND to George and Barbara (Scheetz) Hoffman, the oldest of 7 girls.

Clem married Mathias Hoff on September 30, 1941.  They made their home in Mandan, and were married for 66 years.

Clem loved gardening and had a huge flower garden.  She and Math enjoyed camping, traveling and fishing.  She was famous amongst family for her cooking skills.  She loved having family get togethers in her backyard making fry bread tacos. The whole family was afraid to open a butter container from the fridge, as it was probably leftovers instead of butter.

Clem and Math could be found every Saturday night dancing at various service clubs.

Clem was an avid quilter and made sure that each child and grandchild received a homemade quilt.

Her flower and vegetable garden were admired by many. She was also a Champion Thrift Store shopper.

After Math’s death in 2007, she sold the family home and moved into an apartment.  She enjoyed her many friends and visitors.  She moved to Edgewood Vista in 2014. In 2016 she was moved to Missouri Slope Care Center, and remained there until her death.

Her famous last words were “Karen, you need a haircut.”

She was preceded in death by her parents, her husband Math, 2 infant daughters, her sisters Eleanore and Lucille, Granddaughter Melanie Broeckel and Grandson Ryan Hoff.

To order memorial trees or send flowers to the family in memory of Clementine Hoff, please visit our flower store.