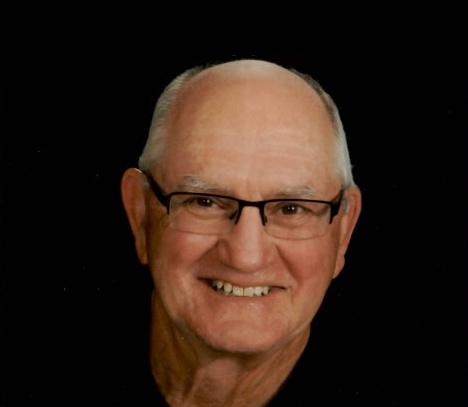 A Celebration of Life will be held at 11:00 AM on Tuesday, September 7, 2021, at the Mandan Eagles Club, Mandan, ND with Dennis Huenefeld as celebrant. Burial will be at the North Dakota Veterans Cemetery. The family encourages all guests wear hunting and fishing apparel to the Celebration of Life.

Chuck was born on November 5, 1947 in Harvey, North Dakota, to Charles and Edith (Strong) Bohn.  He grew up in a small two-room house with his parents and three sisters - Carol, Debbie and Claudia.  Chuck first went to a country school and ultimately graduated in a class of 13 from Hurdsfield High School in 1965.  He attended Bismarck Junior College and Bottineau College.  Chuck was drafted into the United States Army in January 1967, served in Thailand, and was discharged in January 1970.

Chuck worked at Moorhead Public Schools when he met Mercy Dillman.  They married on January 6, 1973 at Christ the King Church in Mandan, North Dakota. They lived in Moorhead, Minnesota until 1979 when they moved to Mandan, North Dakota.  Together they raised three children, Kristi (Kris), Clint and Bradley (BJ).  Chuck worked for AVI Systems in Bismarck from September 1979 until September 2007 when he retired.  Chuck and Mercy wintered in Chandler, Arizona, from 2008 until 2018 where they appreciated all the friends they made there.

Chuck enjoyed camping and endless hours fishing and hunting with family and friends.  He also enjoyed golfing in North Dakota and Arizona.  He also enjoyed road tripping to the casino and singing along with the radio and Mercy on the way there and back.  Chuck spent the last fourteen months at Miller Pointe in Mandan with their caring staff.  They spent many hours caring for him as well as singing along with him to his CDs or the radio and making sure his favorite movies were playing.

He was preceded in death by his parents, in-laws Joe and Maggie Dillman, and his brother-in-law Richard Bachmeier.

Chuck's family would like to thank everyone for your kind words and expressions of sympathy with his loss.  It is greatly appreciated and is something we will always remember.

To order memorial trees or send flowers to the family in memory of Charles "Chuck" Bohn, please visit our flower store.