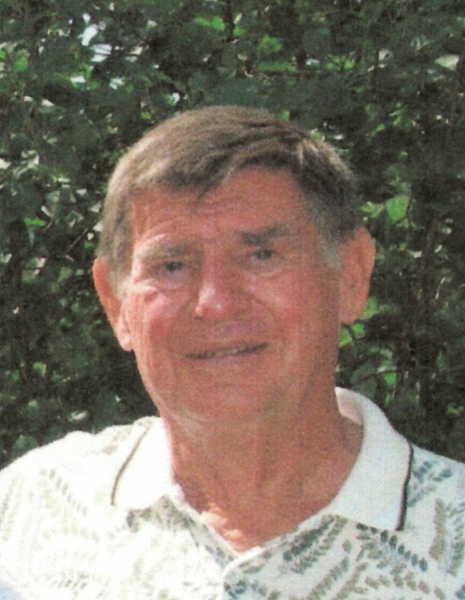 A Mass of Christian Burial will be held at 10:30 AM on Friday, May 31, 2019 at St. Joseph Catholic Church, Mandan, ND, with Rev. Jarad Wolf as celebrant.  Burial of the urn will be at the North Dakota Veterans Cemetery at 12:00 PM.

He married Darlyne Schaff in 1960 at St. Joseph Catholic Church in Mandan, ND, and made their first home at Fort Leonard Wood, Missouri.

Charlie began his career as a petroleum engineer in 1962 working for the Federal Power Commission in Washington, D.C.  He moved to Laramie, Wyoming to begin work for the U.S. Bureau of Mines in 1963.  In 1970, he was appointed the Federal Liaison Officer for the U.S. Bureau of Mines in North Dakota and moved to Bismarck where he and his family lived until 1975 when he took the Liaison position for Wyoming in Cheyenne.  In 1982, Charlie accepted a position with the North Dakota Industrial Commission, Oil & Gas Division as the State Petroleum Engineer in Bismarck, where he remined until retiring in 1999.

Charlie was a licensed professional engineer, a life member of the Elks, and while living in Wyoming, was active in the Rotary Club and Toastmasters.

Upon retirement he and his wife, Darlyne, toured the United States and Canada in an RV before settling permanently at the Cocopah RV and Golf Resort in Yuma, AZ in 2004.  There, he continued to pursue his passion for golf and researching his family genealogy.  He was a talented craftsman and repaired, refinished and built many pieces of furniture.  He also made stained glass panels that adorn most of the windows in their Arizona home.  He enjoyed bridge, morning coffee with his cronies at the Pro Shop, and keeping up with the Denver Broncos and the University of Wyoming Cowboys.

In lieu of flowers, memorials are preferred to the University of Mary Foundation.

To order memorial trees or send flowers to the family in memory of Charles Koch, please visit our flower store.
Open