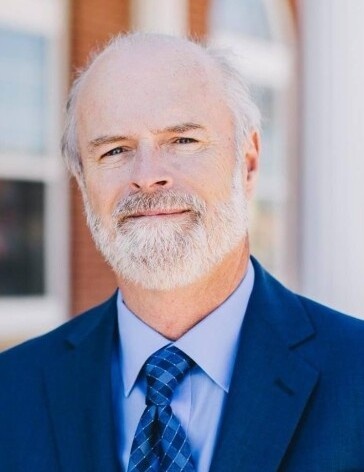 Cecil "Bernie" Bernard Parkhurst, 69, passed away unexpectedly at home in his favorite chair on January 13, 2022.

Cremation has taken place and no services will be held.

Bernie was born into a Navy family in Virginia on August 21, 1952, though he was raised primarily in San Diego, CA. He attended Madison High School and Mesa College. In 1996, he married the love of his life Cathy (nee Vandever) on home plate at Jack Murphy Stadium. In 2002, Bernie and Cathy decided to move to Mandan, ND to be near their daughter, Jennifer and new granddaughter, Emmalee. Despite the distance, Bernie remained an avid Padres fan. Blessed with an amazing sense of humor and quick wit, he brightened any room he entered and made friends easily. Bernie had deep interest in political causes, as well, culminating in a run to represent his district in the ND State House in 2020. Throughout his life, Bernie made and kept many friends especially his baseball buddies Terry and Rick, political friends and colleagues, his coffee drinking friends at Dan's, Barnes and Noble and most recently trivia night at the Black Lions. Please note he cherished each and every one of you.

Bernie was my big brother who could do anything and would live forever. After Cathy passed in April 2021, however, his joy was gone. He missed her beyond words. His passing was thought to be heart related and I agree. His heart was irreparably broken and he was lost without her. Although I and so many will miss him terribly, he is now with his love and happy again.

Bernie was preceded in death by his parents, Cecil and Ruth Parkhurst, his sister, Genie Thompson and his wife, Cathy Parkhurst.

In lieu of flowers, please donate in his name to the Central Dakota Humane Society or to your local animal shelter.

To order memorial trees or send flowers to the family in memory of Cecil Parkhurst, please visit our flower store.