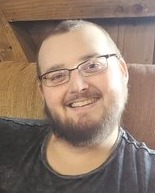 Brison was born to Cristina Hillmer and Buddy Vaughn on May 4th, 1999. Brison grew up in Des Moines, IA, until his mom and stepdad, Collin, moved the family to Dallas Center, IA. As an adult he lived in Waukee until he moved to Mandan, ND in August of this year to be with his fiancee, Jessica Wing.

Brison was always cracking jokes and trying to make everyone laugh. Even while battling cancer, he found a way to lighten the mood with his jokes. He was always looking up dad jokes to pass along to us. He always had something "smart" to say. He was very quick witted in every conversation.

Although the last year and a half of his life, he battled his second go around with cancer, it was the happiest he's ever been. He got his wish to come true when he and two of his siblings were adopted by Collin Hillmer, their stepdad. It was something he and his siblings had waited a long time to have happen. He also found the love of his life, Jessica Wing. He was quite the gamer and loved his games and this is how he and Jessica met. She visited him and then when he went up to visit her, he asked her to marry him. The chaplain came down to his hospital room and married them hours before he passed.

He was preceded in death by his grandparents, Albert and Terry Watson.

A Celebration of Life is set for Sunday, November 6th, 2022 from 2-5pm at the Dallas Center Library in Dallas Center, IA. The pastor will speak at 2, then at 2:30 those of you who would like to share a story or would like to say something, will have the opportunity to do so. After that, there will be a time for fellowship. There is limited parking on the back side of the library, but plenty of space in front of the library on the main road. The address is 1308 Walnut St. Dallas Center, IA.

Flowers can be ordered through Walnut St. Flowers in Dallas Center and they will deliver them. Their number is 515-992-3266.

Condolences can be sent to Collin and Cristina Hillmer at PO BOX 414 Dallas Center, IA 50063.

To order memorial trees or send flowers to the family in memory of Brison Vaughn, please visit our flower store.