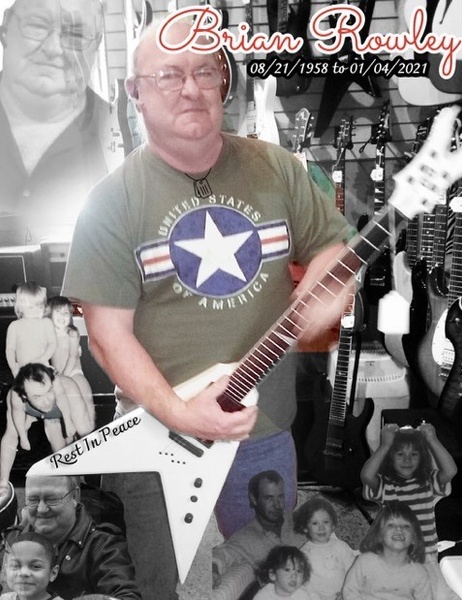 A Celebration of Life will be held at 12:00 PM on Saturday, January 9, 2021 at Mandan United Methodist Church, Mandan, ND with Rev. Bruce Adams as celebrant. Inurnment will be at Mandan Union Cemetery.

Brian Robert Rowley was born at St. Alexius Hospital on August 21, 1958, son of Robert Hugo Rowley and Maxine (Patterson) Rowley. Brian grew up in the Bismarck/Mandan area.  He moved to Texas where he received his GED and then joined the Air Force as aircraft maintenance and honorably discharged after three and a half years of service

Brian attended college in Wahpeton for mechanics. Brian then met and married Gwen Kubberness on September 30, 1988.  Brian and Gwen moved to Illinois so Brian could pursue his career as a truck driver. Shortly after moving back to Bismarck–Mandan, Brian started his career with Lesmeister Transportation, where he continued to work until his passing.

Brian was preceded in death by his parents, Robert and Maxine Rowley; and sisters, Robin Rowley, Judith Blank, and Anita Frohlich.

To order memorial trees or send flowers to the family in memory of Brian Rowley, please visit our flower store.