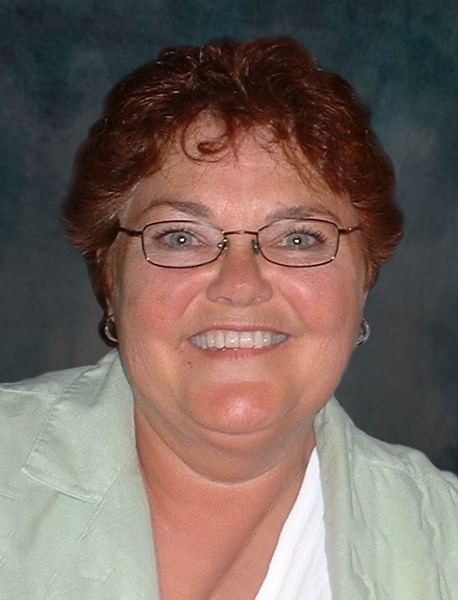 Brenda Jean Davis, 66, died after a courageous battle with cancer on September 2, 2019 in Sanford Hospital surrounded by her family and husband Mike.  She was given 2 to 3 months without cancer treatment and fought this terrible disease for over 6 years, always putting her family first and not once ever feeling sorry for herself!

A Funeral Service will be held at 11:00 am on Friday, September 6, 2019 at First Lutheran Church, Mandan, ND with Rev. Gene Anderson officiating. Burial will be at a later date.

Visitation will be held Thursday, September 5, 2019 from 5:00-8:00 PM at Weigel Funeral Home, Mandan, with a Prayer Service at 7:00 pm. Visitation will continue at the church one hour prior to the service on Friday.

Brenda Olson was born August 2, 1953 to Roy and Anne Olson in Sheldon, Iowa. They all moved back to Minot with her little brother Russell when Brenda was six. Her early education included Edison Grade School, Jim Hill Junior High, and graduating from Minot High School in 1971. During Brenda’s early years in Minot she worked at the soda fountain cafe in Arrowhead drug and the downtown Red Owl store.

Shortly after graduating high school Brenda married her soul mate Mike Davis on August 3, 1971 in Minot.  Brenda worked at Red Owl in Breckenridge, MN while Mike went to college at NDSCS.  Brenda gave birth to their first child Heather while in Breckenridge in 1973 and found her first calling in life of being a Mommy.

After college, in 1974, Brenda and Mike made their home in Mandan, ND where she continued her favorite job of being a homemaker, Wife, and Mommy.  Suzie was born in 1979, and Wendy came in 1980.  When all the girls were off to school Brenda started working as a bank teller at a financial institution in Mandan.  Brenda attended many bank classes and worked her way up to personal banker, a position that suited her so well because she loved people.  In Brenda’s words she didn’t have customers she had friends, which made her a perfect personal banker in Mandan for many years.  In 1995 Micaela (Mic) Emil was born to her oldest daughter Heather and Brenda found her second calling in life of being a Grandma.

Brenda loved and cherished her granddaughters Micaela, Cyanna, Estella, and grandson Paxson.  She was a wonderful wife, mother, grandma, and will be missed by all who shared in her life including her special friend Barb, and all her other fine feathered friends.

Brenda is survived by her loving husband of 48 years, Mike; daughter, Suzie and granddaughter, Cy Davis of Fargo; daughter, Wendy Doll; son-in-law, Jesse, and grandson Pax, and granddaughter, Stella all of Missoula, MT; granddaughter, Micaela (Mic) Emil, Mandan, who they started raising at fourteen after their daughter, Heather (Davis) Emil unexpectedly passed away in 2009; mother, Anne Olson of Minot; sisters-in-law and husbands: Sally and John Berry & Cindy and Pete Garrett, all of Minot; nephew, Dylan Davis; niece, Hanna Rose; and grandniece, Zara, all of Fort Collins area; and numerous aunts, uncles, and cousins.

To order memorial trees or send flowers to the family in memory of Brenda Davis, please visit our flower store.
Open