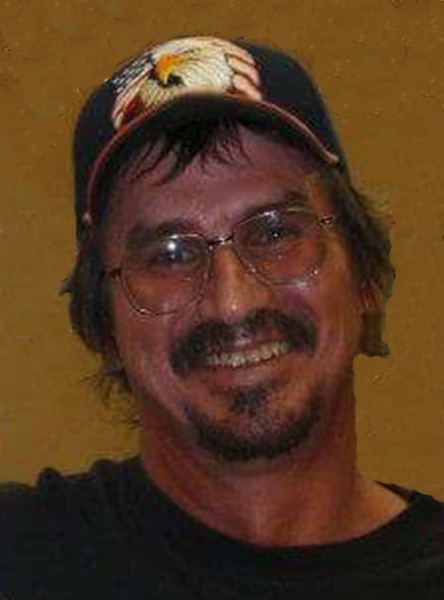 Arnold “Arnie” Jordan Sr. 60, of Cannonball, ND. peacefully passed away June 26th, 2018 in his daughter’s home.  Funeral Services will be held on Tuesday July 3rd, at 10:30 a.m. at the Spirit of Life Church, Mandan, ND with Rev. John Paul Gardner as celebrant.  Burial will follow at 12:00 p.m. at the North Dakota Veteran’s Cemetery.

Visitation will be held on Monday July 2nd from 5-8 p.m. at Weigel Funeral Home with a Vigil Service at 7:00 p.m.  Visitation will also continue one hour prior to the service on Tuesday.

Arnold was born on May 11, 1958 to Joseph and Joan Little Warrior.  He graduated from Solen High School 75’ and soon after enlisted in the United States Marine Corp.  After serving and honorably discharged he went on to become top of his class while obtaining his Certification in Mechanics on small engines and motorcycles at the American Motorcycle Association in Florida. He also went on to schooling in South Dakota to become a Certified Heavy Equipment Operator.  Over the years he had multiple jobs and careers pertaining to his certifications and ended with his last choice as a Rancher, which he was passionate about.

Throughout his time he fathered his children (3 daughters, 1 son), loved to ride motorcycle and had a passion for fishing, hunting and horses.  He also very much enjoyed music, movies and reading. Arnie was an energetic and hard working man with a fiery personality and a bit of spunk. He was known for his story telling, he very much loved his family and friends, proud of his grandchildren and will be greatly missed by all of them.

He is survived by his children, Arnell, Arnold Jr., and Kayla Jordan (Dustin), Jodi (Josh) Fleckenstein, his beloved 11 grandchildren, his mother, Joan Standing Bear and his sisters, Winona Two Crow, Cherie Waddles, and Earlotta Standing Bear along with his nieces and nephews.

He is preceded in death by his sister, Lori Ann; his Step-Father, Earl Standing Bear; his brothers, Joel Jordan and Jordan James; Uncle, William Jordan; his father, Joseph Little Warrior, and grandparents, Nellie and Joseph Jordan.

To order memorial trees or send flowers to the family in memory of Arnold Jordan, please visit our flower store.