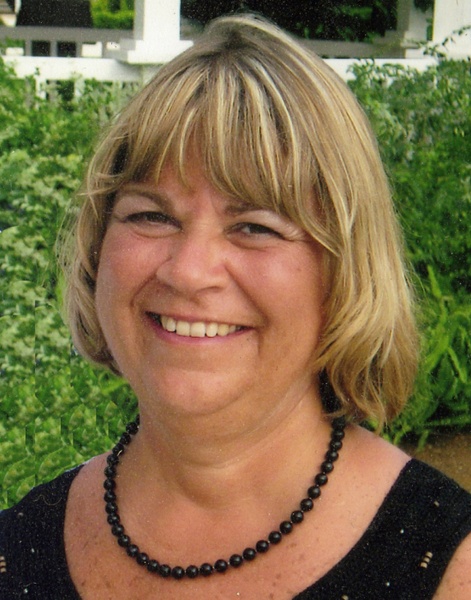 Arlys Isaak, 52, Bismarck, went to be with the Lord on March 9, 2018 at home surrounded by her family after a short but courageous battle with ovarian cancer.

Arlys Wagner was born November 9, 1965 to Elmer and Frances (Tschritter). She was the second youngest child and the only girl in a family with five brothers. She lived on the family farm south of Strasburg until 1966 when the family moved to Pollock, South Dakota. When she was four years old, Arlys was crowned "Little Miss Cheese Doll" during Pollock’s Dairy Days celebration. She and her family moved to Bismarck in 1977 and she graduated from Bismarck High School in 1984.

Following graduation, Arlys joined the U.S. Army Reserves, moving to San Antonio, Texas to attend nursing school. While in the Army, she won awards for being an expert sharp shooter and was promoted to Sergeant. After moving back to Bismarck after college, she was deployed to Abu Dhabi in the United Arab Emirites, serving as a nurse during Operation Desert Storm. After returning home, she married the love of her life, Larry Isaak, on September 4, 1993. They spent the next nearly 25 years fishing, camping, planting their gardens, hunting for rocks, making jelly and the best salsa and Chex mix ever, opening and operating Isaak's Service Station, and being parents to their beloved dogs, Bear and Miah.

Arlys was the most loving and caring person you could ever hope to meet, always putting others’ needs ahead of her own. After her mother died at the age of 48, she became the woman of the house at 14 years old, and she and her dad formed a bond they both cherished. Throughout her life, you could find her making up trays of cookies during the holidays for customers at their shop who didn’t have anyone and wouldn’t get anything else for Christmas or spending days and nights on end at the hospital caring for countless family members when they were ill so they would never have to be alone. One frigid winter day, she literally gave the coat off her back to a homeless man who was walking down the street without one.

As a nurse, she always said that her heart was in the oncology unit where she first worked, because she could wash her patients’ hair, give them a warm bath, and make them feel a little bit of comfort in the midst of the awfulness of cancer. She later moved into the operating room, and coworkers often said they knew every case would go smoothly when Arlys was in the room.

Blessed to have shared her life are her beloved husband, Larry, her dad, Elmer (Marge) Wagner, five brothers: Allen (Robyn), Dale (Paula), Jim (Janet), Donavon (Pam) and David (Darlina); four brothers-in-law: Erlen (Jennifer), Terry, Ronnie (Sherry), and Leon; a sister-in-law Rosemary (Dave) Nelson; several cousins that were like siblings; nieces and nephews and their kids, whom she loved like her own; and many dear friends. Although not everyone can be named, you all know who you are, and you know how much Arlys loved you.

Arlys was met in heaven by her mom, Fran; mother and father-in-law, Norman and Tillie Isaak; her grandparents, Edward and Lydia Tschritter and George and Katharina Wagner; nephew, Rocky; and many aunts and uncles that were very dear to her.

Visitation will be held at Weigel Funeral Home in Mandan on Wednesday, March 14 from 5-8 p.m., with a prayer service at 7 p.m. While Arlys was an active member of First Lutheran Church, the funeral will be held at Century Baptist Church in Bismarck on Thursday, March 15 at 11 a.m., to accommodate her many family and friends. Her brother, Rev. Allen Wagner, will officiate the service. Burial will be at the North Dakota Veterans Cemetery at 3 p.m.

Arlys, the world got darker the day you left us, but we promise to live our lives every day working to make it a little brighter to all we meet.

To order memorial trees or send flowers to the family in memory of Arlys Isaak, please visit our flower store.