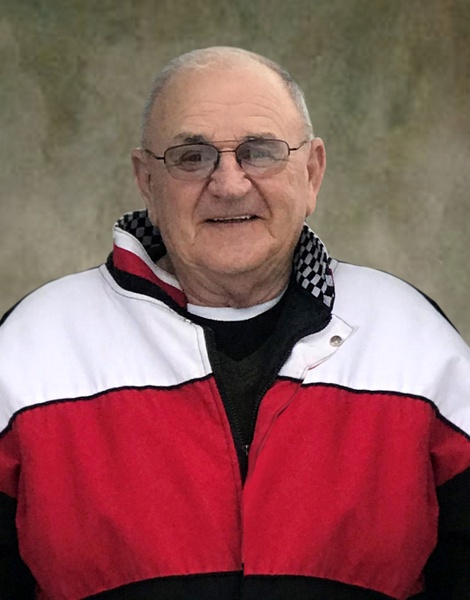 Anthony (Tony) Goetzfried, 74, of Mandan passed away peacefully November 11, 2019 at his home, from the lingering effects of cancer.

A Mass of Christian Burial will be held at 10:30 AM on Saturday, November 16, 2019 at Spirit of Life Catholic Church in Mandan, ND with Reverend Todd Kreitinger. Inurnment will be at the North Dakota Veteran’s Cemetery.

As cremation has already taken place, per Tony’s request, a celebration of his life will be held on Friday, November 15, at 5:00-8:00 PM at Weigel Funeral Home, with a Rosary and Parish Vigil Service at 7:00 PM.

Tony was born on October 22, 1945 to Anton and Celia (Stockness) Goetzfried in Minneapolis, MN. He was raised in Dickinson and later moved to New Salem where he attended school. On September 23, 1967, he married his loving wife, Judy Plante. They made their home in Mandan, after raising their two children, Tina and Darrin. They recently celebrated their 52nd wedding anniversary in September.


Tony was most proud of his six grandchildren. At game time, he could be spotted in the bleachers, while eagerly awaiting their arrival. Grandpa Tony was a fan of their BMX, hockey, swimming, and volleyball events – trying not to miss a single one. He was a handy-man, a fixer-of-all things, a jack-of-all trades – always teaching his children and grandchildren life lessons and how to fix things.

Tony and his wife, Judy enjoyed the first several years of their retirement while living on the banks of the Missouri River, north of Mandan, where he enjoyed being outdoors, hosting gatherings, and taking his boat out on the river. They recently moved into town, where they continued to enjoy community gardening, spending time with their grandchildren, and taking time to appreciate and enjoy things they loved most, including meeting up with family and friends, fishing, tinkering in his shop, and attending car club events. One of his favored past times was driving his car in antique car outings. A member of a local car club for years, he looked forward to car shows, poker runs, or drives.

Tony was honorably discharged from the United States Army, after serving three years in Germany, from 1963-1966. It felt fitting to his family that his last breaths were at home, on Veteran’s Day.

Tony was proud to be on the Board of Managers of the Morton County Water Resource District, where he was involved with the Harmon Lake project from its inception. He spent many hours checking in on the goings on at the lake, always looking for ways to improve the quality of recreation for the community. Recently, Tony was part of the Morton County Park Board.

In lieu of flowers, the family prefers donations toward a resting bench space to be placed at Harmon Lake – with a few shade trees, in his honor.

To order memorial trees or send flowers to the family in memory of Anthony "Tony" Goetzfried, please visit our flower store.