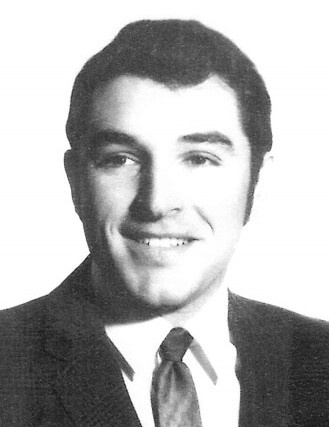 A graveside service will be held at the North Dakota Veterans Cemetery at 3:00 PM on Thursday, October 21, 2021.

Lester James Rathjen was born January 11, 1943, in Hazen, ND, to Emil and Hulda (Wittmayer) Rathjen. Lester attended Elm Grove Country School and graduated from Hazen High School in 1961. He joined the US Air Force four days after graduating. After completing basic training at Lockland AFB, Texas, and Air Force Weather school at Chanute AFB, Illinois, he was stationed at Minot AFB Weather Detachment in May of 1965. While there, he was awarded the Expert Marksmanship Ribbon along with only one other competitor out of thousands. He was directly involved in operation “Chrome Dome” with the Strategic Air Command during the Cuban Missile Crisis. His service qualified him for war time pension later in life. After leaving the Air Force, he worked for the US Postal Service and ND Highway Department while earning his private pilot’s license and qualifying with a score of 92 on the Commercial Pilot’s Test. However, lacking enough air-time-hours and the ability to earn more work in aviation, he returned to college in Bismarck. He then went to UND Grand Forks where he graduated with a Bachelor of Science degree. During the summer breaks, he worked with US Fish and Wildlife Services at Lostwood National Wildlife Reserve near Stanley and with the US Army Corps of Engineers at Ashtabula Federal NWR as chief park ranger. After graduation, Lester worked at US Customs and Immigration in Pembina, ND and again at the US Air Force, this time in Grand Forks.

Les soon found that working for others was not for him and started a metal recycling business and later operated four antique shows throughout Montana. His final business before retirement was as a supplier to Vintage Clothing Buyers from Japan and Thailand.

During these many years, Les became accomplished in numerous disciplines including lapidary as he made beautiful agate heart necklaces for his mother, daughter, and granddaughter, Mickee the “Super Kid”. It is from her that he got the name “Grandpa Bingo”. His hobbies also included antique ND bottle collecting, landscape painting and metal detecting with over 20,000 coins recovered. He spent numerous winters where it was warmer, going to giant swap meets in Quartzite, AZ, and the Rose Bowl in Pasadena, CA. One of his fondest memories was taking flying lessons from Mitchell Disney who had organized the entire pilot training program for the US entering WWII.

Lester’s true love in life though would always be his children, Ross and Jennifer, and his granddaughter, Mickee.

Lester is survived by his son, Ross of Wyoming; daughter, Jennifer and granddaughter, Mickee of Bismarck; sisters, Elaine Wiedrich and Ardella Wiedrich; as well as numerous nieces and nephews throughout North Dakota.

To order memorial trees or send flowers to the family in memory of Lester Rathjen, please visit our flower store.