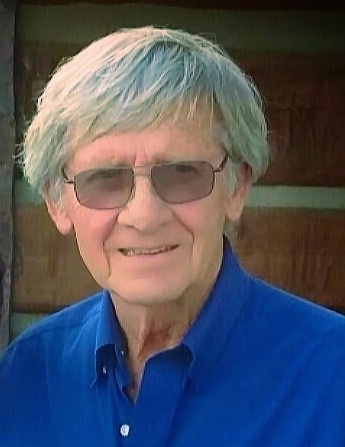 Francis Lee Wright passed away peacefully on March 11, 2022 at Prospera on Sunset Nursing Home in Mandan, North Dakota surrounded by his family.

Funeral Service will be held on Monday, March 14, 2022 at 11:00 AM at Weigel Funeral Home in Mandan. Visitation will be one hour prior to the service.

Francis was the youngest son of six born to Estel and Gunhild Wright and was raised on the family farm north of Flasher, ND. He attended country school and road his horse Trigger several miles each day to attend. He then went to Flasher High School where he graduated in 1961.

He attended NDSU, and transferred to NDSCS where he graduated with a 2-year Associates of Applied Science in automotive mechanics. He joined the Army National Guard and was honorably discharged after 6 years.

After graduating college, he started his career at Raymond Ford Dealership in Mandan. Later he moved to Beulah ND where he met his wife Gladys. They shared 54 years together.  In Beulah he worked at Spier’s Ford Sales and Service, Phillip 66 and owned the station along with his wife for more than 15 years. After working as an automotive mechanic for 35+ years he decided to do something different and worked at a gun manufacturing company for a couple years, going back to Spier’s Ford and later finished his career as the Bus Supervisor at Beulah Public Schools where he worked for another 9 years before retiring.

He was active in the community, and in his early years served as a volunteer Firefighter for several years, was a member of the Beulah Jaycees, and various sporting clubs including the Beulah Derby Club, Snowmobile Club and Rodeo Club.

He had many hobbies of which he often enjoyed with friends and family including hunting, fishing, camping and traveling, bowling, playing horseshoes, competing in rodeos, stock car-racing, demolition derbies, pick-up pulls, snowmobile racing and playing cards. He especially enjoyed spending time with his granddaughter, Taylor.

He is survived by his wife, Gladys; daughter, Michelle (Scott) Colvert; granddaughter, Taylor, and his brother, Martin Wright; and brother-in-law, Edward Novotny.

He is preceded in death by his parents, Estel and Gunhild Wright; his sister, Mary Novotny; his brothers, Dean (Delores) and John and Robert (Carly); and sister-in-law, Josephine.

In lieu of flowers the family requests memorial donations be made to Sanford Hospice Bismarck, Visiting Angels Bismarck, and the Alzheimer’s Association.

To order memorial trees or send flowers to the family in memory of Francis Wright, please visit our flower store.