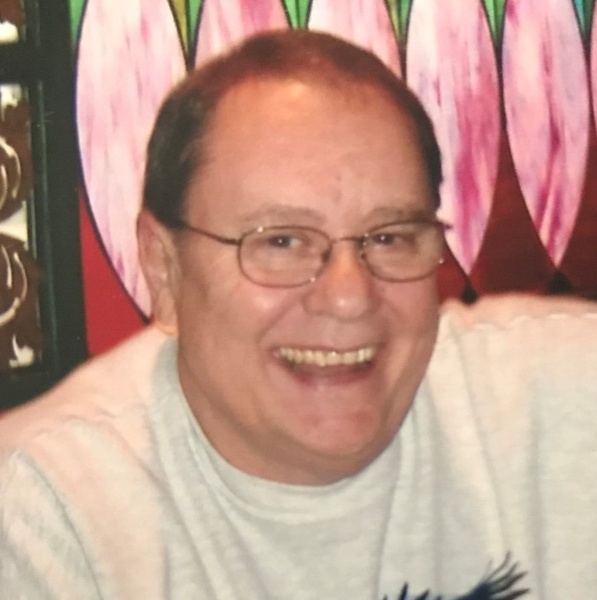 Visitation will be held Monday, January 17, 2022, from 5:00-7:00 PM at Weigel Funeral Home, Mandan, with a Prayer Service at 7:00 PM. Visitation will continue at the church one hour prior to the service on Tuesday.

Whitey was born in Mandan on October 20, 1945 to Peter Froelich and Margaret Glasser. They lived in Solen, North Dakota until he was six. The family then moved to Mandan where he was raised and educated. He married his high school friend and sweetheart, Linda Schmidt, on January 30, 1965.

Whitey was a self-taught guitar player and an excellent bass player. His first band, The Nomads, played for local sock hops and dance clubs. This started his lifelong passion for music.

In 1966, he joined a traveling band from Georgia and moved the family south, playing for many clubs until being hired by Brian Hyland for The Jokers as bass player. They traveled coast to coast and were recruited to join Dick Clark's Caravan of Stars. At the end of a year tour, he returned to Albany, Georgia to his wife and family and played in various bands. He also managed a men's clothing store then started his own home repair business.

In 1977, the family moved back to Mandan and Whitey started his home repair business for a number of years. He continued his love of music and joined a band, Cornerstone, with his cousins, Edna and Clint. He was a founding member of the band, Tapestry, in 1983 and played with them for nearly 40 years. He was part of the Gospel Road Band and was a founding member of the band, Freeway. During this time, he worked in maintenance at the Baptist Home and Missouri Slope Care Center. He also did music activities for the residents. He retired in 2012 and continued to play music for the residents at local nursing homes. In his retirement, he continued playing bass guitar with Tapestry and Freeway at the Mandan Band shell and other local venues and was a member of Bismarck Mandan Musicians Association.

Whitey enjoyed camping with his wife at State and Federal parks and visiting with family and friends. If Whitey was camping, his guitar was always close by and songs were sung around the campfire. He loved teaching his grandchildren his love of music and guitar. His love of his wife, music, and family was only eclipsed by his love for Jesus.

He dearly loved and was grateful for his family but most of all grateful for the realization of the love and protection of our Lord. Without a doubt he is in Heaven.

He was preceded in death by his parents, Peter and Maggie Froelich; sister, Rhonda Murray; brothers-in-law, John Schmidt and Barry Dockter; and nephews, Jason Sullivan and Todd Dailey.

In lieu of flowers, donations can be made to the Bismarck Mandan Musicians Association in memory of Whitey Froelich for the Performance Fund.

To order memorial trees or send flowers to the family in memory of Dwight Froelich, please visit our flower store.
Open