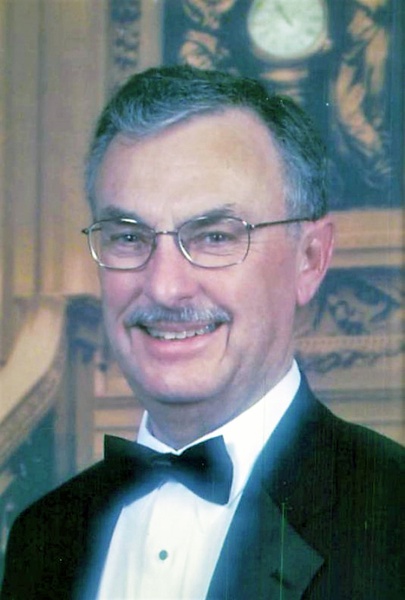 A funeral service will be held at 11:30 AM on Tuesday, October 5, 2021 at Faith Lutheran Church, Bismarck, with Pastor Sylvia Bull officiating.  Burial will follow at the North Dakota Veteran’s Cemetery.

Visitation will be held from 5 to 6 PM on Monday, October 4, 2021 at Weigel Funeral Home, Mandan, with a prayer service at 6 PM.  Visitation will continue one hour prior to the funeral at Faith Lutheran Church on Tuesday.

Dennis was born October 11, 1941, in Eureka, SD to Albert and Ida (Bendewald) Klipfel.  He grew up in Ashley, ND where he graduated high school.  In 1964, Dennis enlisted in the United States Air Force serving honorably, including a one-year tour of duty in Vietnam, until his discharge in 1968.  Upon discharge, Dennis went to work for the State of North Dakota.  During this time, he went back to college and receive his B.A. Degree in Business Management from the University of Mary.  Dennis continued to work for the State of North Dakota for 35 years until his retirement. During his time at the State, Dennis met Jan Schramm and the two were married on December 13, 1975, making their home in Bismarck.

Dennis loved trapshooting and even got Jan involved.  They shot in many tournaments around the country.  Dennis served on the Board of Directors at Capital Credit Union for over 23 years. He was a member of Custer’s 7th Cavalry, participating in parades and re-enactments of cavalry procedures.

Dennis was such a talented singer.  He participated in the church choir and Barbershop Chorus both in Bismarck and in Yuma, AZ, where he and Jan spent many winters.  He also sang in the Mandan Kaleidoscope for several years.

Dennis was preceded in death by his parents, Albert and Ida.

Memorials will be donated to the Alzheimer’s Association.

To order memorial trees or send flowers to the family in memory of Dennis Klipfel, please visit our flower store.